One Dollar is now above N500 | Ripples Nigeria 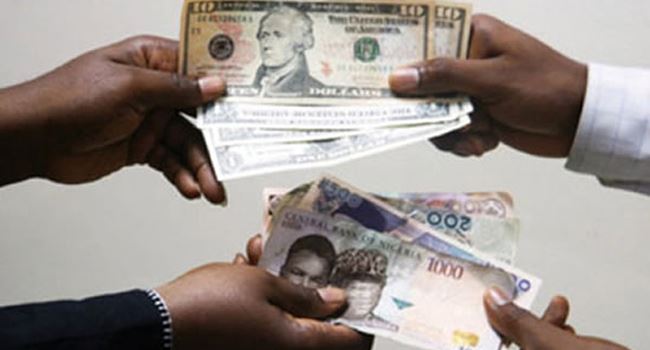 On Friday, two weeks after the Central Bank on Nigeria (CBN) devaluation, the Naira completed the week above N500 on the parallel market.

According to abokiFX data, Nigerian money was exchanged for the dollar at N502 in the unofficial market on Friday, down 0.60 from N499 on Thursday.

Similarly against the British Pound Sterling, the Naira crashed massively by N8 to close the week at the parallel market at N710/£1 compared to N702/£1 of the preceding session.

Speculators also crashed the Naira against the Euro, dropping it to N608/€1 from N602/€1 the day before.

The Naira, on the other hand, appreciated in the NAFEX window, which the Central Bank of Nigeria considers to be the official exchange rate.

Data posted on FMDQ Security Exchange website showed local currency closed against the dollar at N410.75, a 0.04 percent appreciation from N410.90 it traded in the previous session on Thursday.

This occurred as foreign exchange supply increased by 64.10 per cent, with $230.93 million posted as against $140.76 million recorded in the previous session on Thursday.

As a result, the spread between the black market and official market rates increased even more to N91.25, up from N88.1 at the close of business on Thursday.

EVs are becoming a big deal today. And, the story goes farther than you think