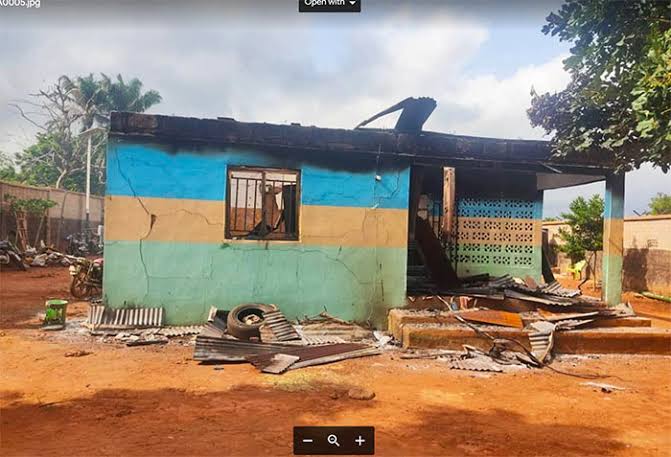 One police officer is feared dead, while three others were severely injured after gunmen attacked another police station in Imo State in the early hours of Friday.

According to the State Police spokesman, Michael Abattam who confirmed the attack, the gunmen invaded the Mbieri Police Divisional Headquarters in Mbaitoli Local Government Area of the state at about 3am, using petrol bombs and sophisticated weapons to attack the formation.

However, the Police Public Relations Officer (PPRO), said the attack was foiled by officers who engaged the gunmen in a fierce gun battle, forcing them to beat a retreat.

Abattam added that the petrol bombs the attackers threw at the police station only affected a part of the roof, while only one vehicle was also affected.

“The attack was foiled by our gallant officers who engaged the hoodlums in a gun battle, forcing them to escape ” Abattam said.

However, some residents of the community insisted that the damage done by the gunmen was much more than the police admitted as they insisted that an officer was indeed killed while some were injured.

The attack on the station brings to five, such attacks on police stations in the state in the last one month by gunmen, which had led to loss of lives.

In the latest attack, indigenes told our correspondent that the attackers arrived at Mbieri Divisional headquarters around 3 am and opened fire on the police facility.

Related Topics:gunmenimo police station
Up Next