Home » Latest » ‘Fans threw banana at me, spat on me’ – Egbo on racial discrimination in Albania 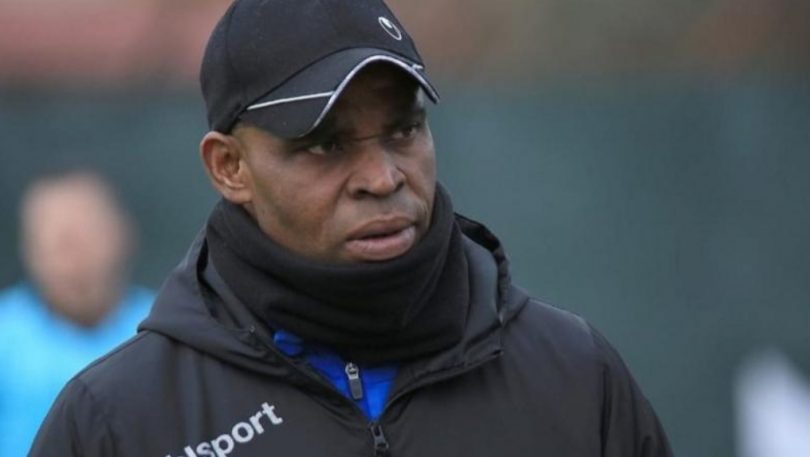 Emmanuel Ndubuisi Egbo, coach of newly crowned champions of Albanian league, KF Tirana, has narrated his experiences of racism during the course of the season.

47-year-old Egbo led Tirana to a historic triumph, becoming the first African manager to lead an European team to league victory and securing a spot in the UEFA Champions League.

But the former Nigeria goalkeeper said he did not achieve the feats without first overcoming some racial assaults.

“There are people who don’t want me to win because of my colour,” he told BBC Sport.

“There is racism. One game they threw a banana at me. They spat at me.

“The officials of the Albanian FA did not do anything, because it was an away game and they had a white set of fans.

“The police and security were there – and nobody did anything. They were afraid of the fans there. I couldn’t do anything. I just had to accept it.”

In the report, Egbo went on to narrate how one time when getting on a bus in the city with a backpack, two men behind said in Albanian: “this one might be from Al Qaeda.”

“I said to them, ‘have you finished’? (in his fluent Albanian).

“They wanted the ground to open up for them to disappear.”

He said that he had been contacted by many African and black coaches since his historic feats last weekend.

“My fellow Africans said, ‘you don’t know what you’ve done for us by winning this championship’,” he said.

“It is just like when Obama won the Presidency in America. That’s exactly how it is seen here.”

KF Tirana won the league last weekend having been threatened by relegation earlier in the season, before Egbo took over as manager.

Egbo, who had previously been a caretaker coach at the club, having joined them as goalkeeper coach in 2014, took over properly following the sacking of the previous manager in late 2019, with Tirana eighth in the 10-team division.