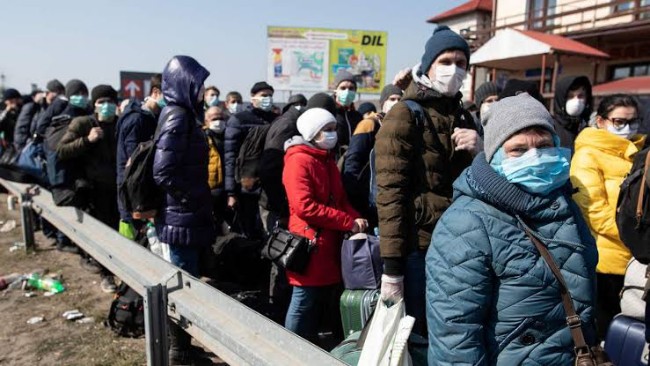 The United Nations says at least one million Ukranian refugees, mostly women and children, have fled the country as the Russian invasion enters day eight.

“At least one million people have fled Ukraine in the week since Russia’s invasion. At this rate, the exodus could become the biggest refugee crisis this century,” a UN official said on Thursday.

According to the UN High Commission for Refugees (UNHCR), the tally of fleeing refugees amounts to more than 2 percent of Ukraine’s population which the World Bank counted at 44 million at the end of 2020.

The UN agency cautioned that the outflows were far from finished and has predicted that as many as four million people could eventually leave Ukraine, and even that projection could be revised upward.

Joung-ah Ghedini-Williams, a spokeswoman for the UNHCR, said in an email on Thursday that “data indicates we have passed the 1 million mark” as of midnight in central Europe, based on counts collected by national authorities.

“According to our data, more than half of those fleeing Ukraine went to Poland and more than 116,000 to Hungary to the south. Moldova has taken in more than 79,000 and 71,200 have gone to Slovakia,” she added.

“In just seven days, we have witnessed the exodus of one million refugees from Ukraine to neighboring countries.

“For many millions more, inside Ukraine, it’s time for guns to fall silent, so that life-saving humanitarian assistance can be provided.”

Related Topics:refugeesUkraine Russia war
Up Next

UK, 37 others report Russia’s ‘atrocities’ in Ukraine to ICC