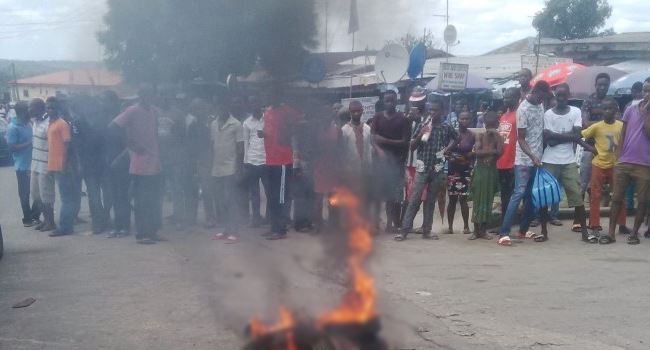 One of the four suspected gangsters allegedly belonging to a gang called Shila Boys died of high degree burns on Thursday morning in Yola, Adamawa State.

It was learnt that the suspects who were given jungle Justice, for allegedly stealing valuable items of people, were held and set ablaze in the Jimeta Metropolis of Yola by a mob on Wednesday.

Police Operatives in Yola rescued all four suspects who were immediately moved to a hospital, where one of them died in the early hours of Thursday, while the other three are said to be responding to treatment.

The Adamawa State Police Public Relations Officer (PPRO), suleiman Nguroje, confirmed this, saying, “Of the three still being treated, the police were able to locate the families of two who are from Wurro Jabbe (in Yola South LGA). The one who died was a resident of Nasarawo (Yola North LGA).”

He added that the three survivors after recovery, will immediately be investigated, to trace other members of the group and bring them to justice.

Jungle justice in Yola has become a growing trend against young gangsters.