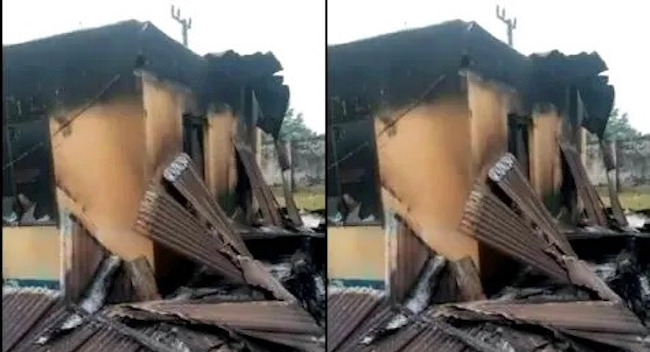 Gunmen in the early hours of Saturday killed a police officer during an attack on the Oguta divisional police headquarters in Imo State.

The spokesman for the state police command, Henry Okoye, who confirmed the attack to journalists in Owerri, said the gunmen also set fire to the facility.

He added that the criminals engaged the police in a gun duel but were overpowered by the operatives.

Gunmen have destroyed more than 20 police stations and killed several officers in Imo and other states in the South-East in the last two years.

The spokesman said: “Our operatives in the early hours of today engaged some gunmen who battled Oguta Divisional Headquarters. The gunmen fled the scene due to us, prior firepower from the Police.

“Unfortunately, one of our personnel whose identity wouldn’t be disclosed for security reasons paid the supreme price.

“Security operations are still ongoing in the area, further details will be communicated to the public.”

Related Topics:gunmenimoPolice Station
Up Next