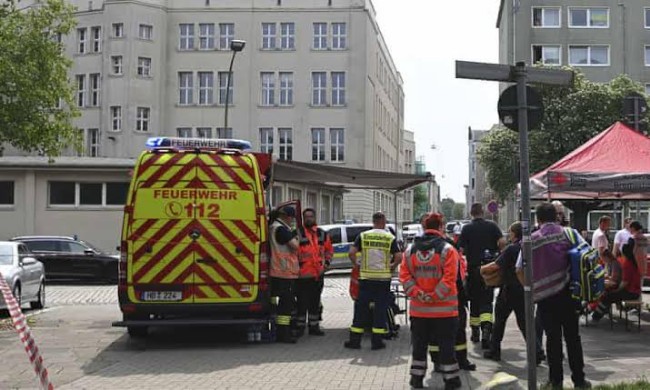 One person was seriously injured at a shooting in a secondary school in Germany’s northern city of Bremerhaven on Thursday morning, according to police reports.

The victim who is not a pupil of the school has been evacuated to a hospital while the police say some suspects, including the attacker, have been arrested, the report said.

“The incident happened at the Lloyd Gymnasium, a secondary school in the centre of Bremerhaven.

“The armed person has been arrested and is in police custody while the injured person who is a woman, has been taken to hospital, was not a pupil,” the police statement added.

The police report added that a second suspect appeared to be on the run but a manhunt is currently on to apprehend him.