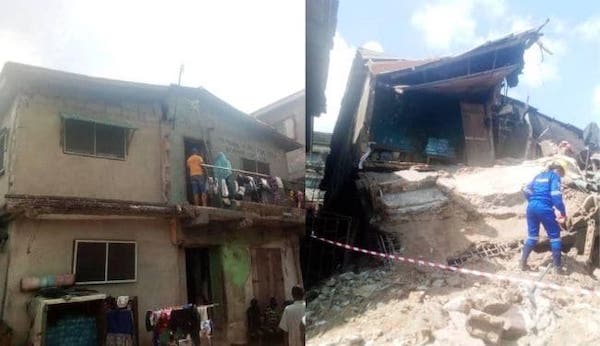 A one-storey building collapsed in the Ijora-Badia area of Lagos on Thursday.

The spokesman of the Lagos State Emergency Management Agency (LASEMA), Nosa Okunbor, who confirmed this in a statement, however said no life was lost in the incident.

He blamed poor maintenance for the partial collapse of the building located at 26, Afolabi Alasia Street Gaskiya Road, Ijora-Badia.

Okunbor said: “Upon arrival at the scene of the incident, it was discovered that the backside of a storey building that was showing visible cracks and signs of dilapidation, collapsed as a result of lack of maintenance.

“However so far, no loss of lives or injuries occurred at the scene of the incident.

“LRT and Police officers from Ijora-Badia are responders at the scene working together to evacuate all the occupants from the building as the scene of the incident had been cordoned off to prevent any secondary incident.”

EDO 2020: Obaseki, Ize-Iyamu, others to sign peace accord Tuesday