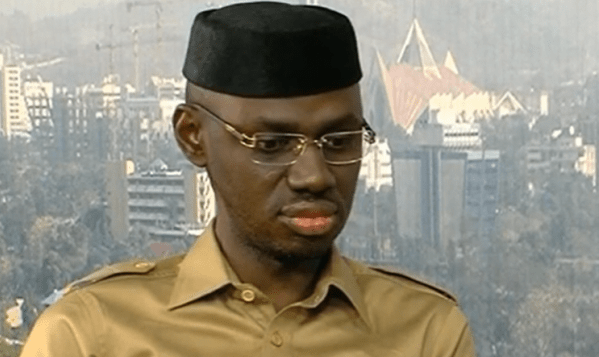 Frank hinged his call on Osinbajo’s silence in the face of injustices in the current administration. ‎

Frank, who said he was not judging Osinbajo, an ordained pastor in the RCCG, insisted that the interest of the Christian community in the country is threatened, adding that because of political power, Pastor Osinbajo has suddenly become Galatian for crumbs by keeping quiet amidst injustices in the country.

The former APC chieftain stated this in a statement he issued on Monday in reaction to the suspension of the Chief Justice of Nigeria (CJN), Justice Walter Onnoghen, by President Muhammadu Buhari and lopsided appointments in favour of Northern Hausa Fulani muslims, asking the Vice President to tell the world his position and the role he played in what he described as “illegality.”

According to him, Osinbajo’s loud silence is an embarrassment to the Christian community, as he was expected, not only to protect their interests, but to ensure justice, speak the truth and ensure that he is an ambassador of Christ in government.

Read also: ONNOGHEN: Both Buhari and CJN Onnoghen erred on the side of the law

Explaining that nobody is asking the Vice President to defend Christians who have committed an offence but to distinguish himself and always speak the truth to the authority even though he is part of it.

“Pastor Adeboye should know that Osinbajo is misrepresenting the RCCG in government as one of the ordained pastors in the ministry, so he needs to be called to order.

“The word of God says that people rejoice when righteous is in power’ but can the same be said of Osinbajo and Buhari today?

“Pastor Osinbajo should respect his faith and not the power that be. Like biblical prophets; Isaiah, Ezekiah and others, Osinbajo should speak the truth and shame the devil because his fear of losing political power seems to have beclouded the Redeemed pastor.

“Disgracefully, at a time the whole world is waiting to hear Osinbajo’s opinion on the suspension of CJN, even as a lawyer he has suddenly gone quiet but if it is time to illegally buy votes through sharing of tradermoney in the market, the Redeem pastor will be in the forefront,” Frank stated.