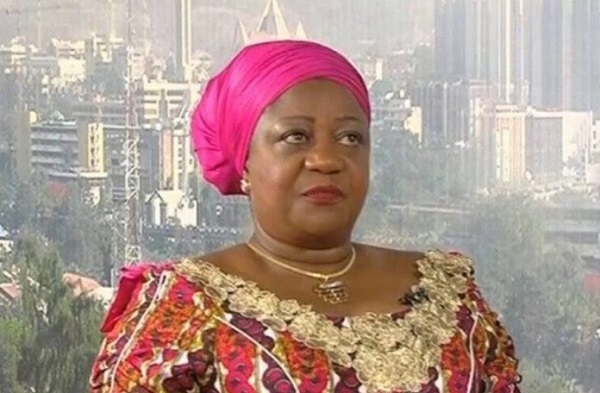 The Peoples Democratic Party (PDP) has said Senate’s rejection of the nomination of Lauretta Onochie as a National Commissioner with the Independent National Electoral Commission has saved Nigeria from a serious crisis that may have befallen the country in the 2023 general elections.

Reacting in a statement titled, ‘INEC: Onochie’s Rejection At Senate Is Victory For Nigerians, Democracy- PDP’ and signed by its National Publicity Secretary, Kola Ologbondiyan, the opposition party said the Onochie rejection is a victory for democracy and Nigerians.

Ripples Nigeria had earlier reported that the Senate on Tuesday okayed five INEC National Commissioners but rejected Onochie and suspended the confirmation of another nominee, Prof. Sani Adam (North Central).

The Senate had said it rejected Onochie, who is an aide to the President on new media, because her nomination did not satisfy Section 14 (1)3 which bordered on the federal character principles.

The PDP described the rejection “as the triumph of the Nigerian people over the barefaced attempt by the Buhari led-APC administration to corrupt and hijack the commission ahead of 2023 elections”.

The statement read, “The PDP asserts that the rejection of Lauretta Onochie by Nigerians has saved the nation from a very serious crisis as well as salvaged INEC and the entire Nigerian electoral process from a ruinous pollution that would have led to the collapse of our democratic order.

“The party asserts that Onochie’s vexatious nomination, in a total affront to paragraph 14 of the 3rd schedule of the 1999 Constitution (as amended), was a very dangerous machination by the Buhari-led APC Presidency against our electoral process, in the attempt to subvert the will of the people in the 2023 elections.

“The APC (All Progressives Congress), despite its shenanigans are aware that it will have difficulties winning election at any level in a free, fair and credible election and as such it is determined to rig every process ahead of the 2023 elections.

“Our party, therefore, commends Nigerians including civil society organizations, the media as well as other political parties, for joining forces with the PDP in fighting for the sanctity of our electoral process by resisting Onochie’s nomination.

“The stiff resistance displayed by Nigerians across boards, in repelling this vicious attempt to hijack and pollute the electoral commission underscores their collective and unwavering determination to resist and kick out the APC in 2023, despite its shenanigans.”

Buhari to meet all federal lawmakers tonight over insecurity