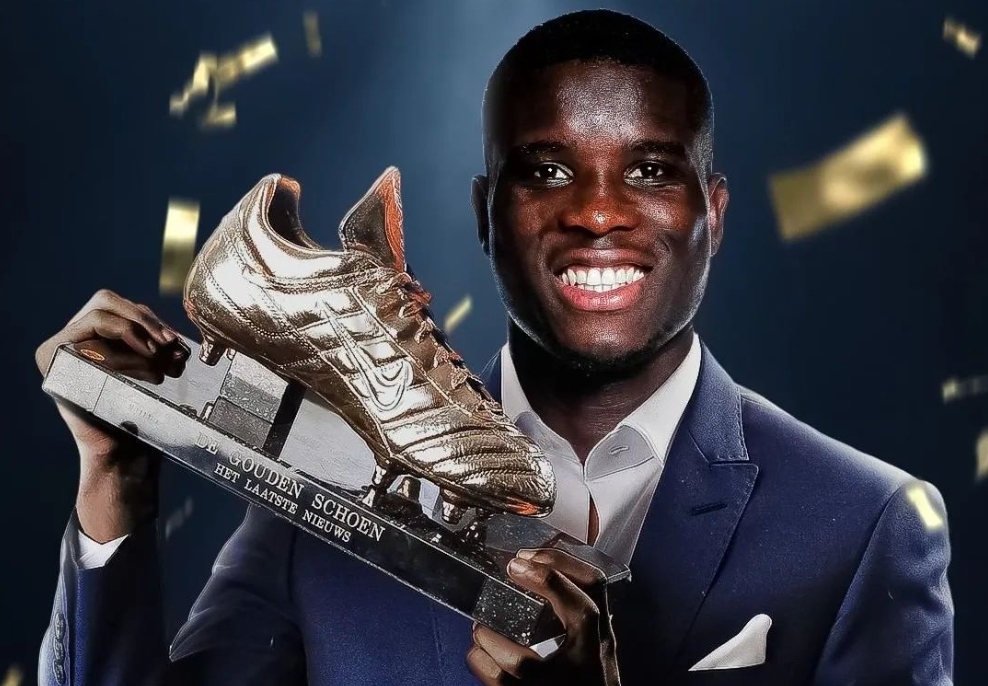 The 27-year-old becomes the first-ever Nigerian and the fourth African to claim the prestigious honour in Belgium.

The Belgian Golden Shoe award is given at the beginning of each year to the best footballer in the country’s First Division for the past year.

He finished in third position in the 2020 award edition, coming behind winner Lior Refaelov of Israel and second-placed Raphael Holzhauser.

But emerged winner this time around after scoring 29 league goals over the entire 2020-21 season and adding another 12 in the first half of the current campaign.

With the win, Onuachu becomes only the third Genk player in history to be named Belgium’s best and the first in 20 years.

The forward could not join his national teammates at the ongoing Africa Cup of Nations (AFCON) after sustaining a hamstring injury weeka before the Cameroon tournament.

AFCON: Hosts Cameroon advance to knockout round after Ethiopia win