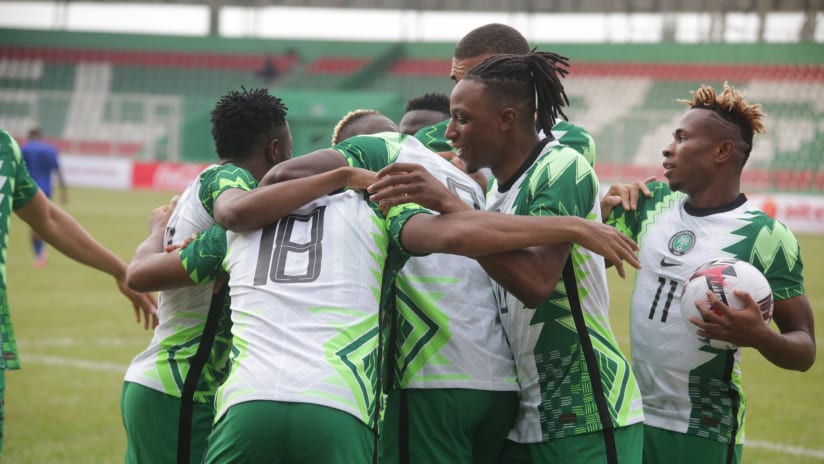 The Super Eagles of Nigeria sealed a 1-0 victory over Benin Republic in their Africa Cup of Nations (AFCON) qualifier in Porto-Novo.

The team striker, Paul Onuachu, who played as a substitute in the gane, was the match winner as his 93rd-minute goal sealed the victory.

Genk forward, Onuachu has been impressive at the club side this season. He replaced Kelechi Iheanacho in the 70th minute and grabbed the winner in added time.

The win ended Benin Republic’s eight-year unbeaten home run. The West-African side last lost a home game in 2013 when they fell to a 3-1 defeat to Algeria in a World Cup qualifier.

Henry Onyekuru had Super Eagles’ best chance in the first half but his shot was saved by goalkeeper Saturnin Allagbe.

Napoli forward, Victor Osimhen also came close with a fine effort, but it was Onuachu, who joined the squad as a replacement for injured Moses Simon, that snatched the late winner.

The win could have secured the 2021 AFCON ticket for Nigeria if the result of the other game of the group between Lesotho and Sierra Leone had not already let Nigeria qualify.

The Super Eagles stay top of Group L with 11 points from five matches, while Benin sit second with seven points and Sierra Leone follow in the third spot with four points.

Nigeria will hope to wrap up the qualifiers on a high note when they host Lesotho at the Teslim Balogun Stadium in Lagos on Tuesday.