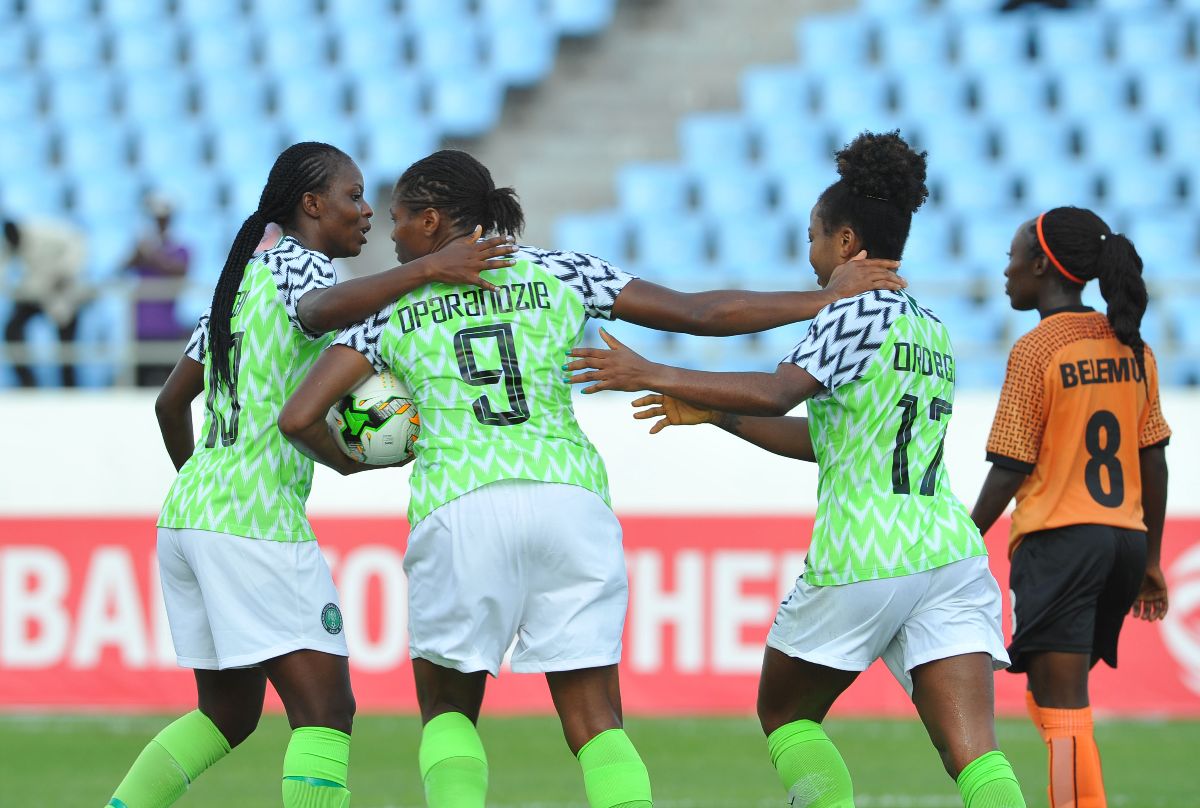 Super Falcons star, Desire Oparanozie has commended the efforts of the Nigeria Football Federation (NFF) in preparing the team ahead of the 2019 FIFA Women’s World Cup.

Nine-time African champions, Falcons, are participating in the global showpiece for the 8th consecutive time and have never gone beyond the quarterfinals, and have failed to advance from the group phase in the last four editions.

The forward, who will captain the Nigerian side at the tournament in France, said the team will surely do better this time, as they have never had such level of preparations as they have had in 2019.

Recall that the NFF lined up several friendly matches for the team, including a tourney in China and another in Cyprus, after the team had confirmed their place in France 2019.

Oparanozie is thus confident that the Nigerian ladies will make a statement at this year’s competition.

“Over the years, the truth is that we have not had good preparation before going to the World Cup, but this year, the story has changed,” she was quoted by Sporting Life.

“We have never had it this good in terms of preparations. There are lots of things to be done better but the NFF has done really well to prepare us for the World Cup.

“To whom much is given, much is expected. I know Nigerians are hopefully looking up to us. Everyone thinks we have dominated football in Africa for a long time and it is time we make a statement at the Women’s World Cup.

“We have the quality and we have one of the best coaches in women’s football and I think this is the time to go past our previous record.”

On her captain role, she added: “I will say I’m highly honoured to be made the captain of the Super Falcons.

“It’s a responsibility that I hope to do my best to ensure that we excel at the World Cup.”

The Thomas Dennerby side have been drawn in Group B alingside hosts France, 1995 champions Norway and South Korea.

Falcons are currently camped in Austria and will arrive in Reims on June 4 ahead of their opening game against Norway on June 8.