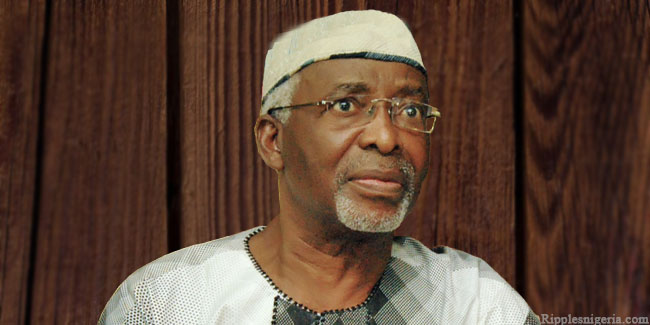 The Oodua People’s Congress (OPC) has praised the National Assembly for Tuesday’s joint resolution to sanction the President.

The group stated that the move was an overdue and commendable step to protect the country’s democracy and check the nation’s slide into totalitarianism.

It also flayed the Defence Minister’s demand at a Security Council meeting on Tuesday that states scrap anti-grazing laws, as well as the Kaduna State Governor’s policy to convert chiefdoms to emirates, dismissing both moves as unconstitutional, anti-Federalism and caliphate expansionist schemes.

Describing the National Assembly’s resolve as a bold and patriotic step to curtail dictatorship and executive lawlessness, the organisation urged Nigerians to massively support it.

In a statement in Lagos on Wednesday by the Yoruba socio-cultural group’s Founder and President, Dr. Frederick Fasehun, OPC said the consolidated stand by the Senate and the House of Representatives was necessary to protect the nation’s endangered democracy.

According to Fasehun, recent events in the country showed that President Muhammadu Buhari, had learnt no lessons from the misadventure of his first outing as a military Head of State in 1984, when he was overthrown after turning against national institutions like the Judiciary and the Mass Media.

“No one has said that the National Assembly is a gathering of infallible angels, but this Executive and Buhari’s holier-than-thou posturing has no basis in reality,” Fasehun said.

“It is quite unfortunate that a President whose slogan was WAR AGAINST INDISCIPLINE now runs a cabinet of uncontrollable, cocky and corrupt individuals who have mustered the daredevilry to dishonour the Legislature, hold the Judiciary in contempt and harangue media and civil society.”

Furthermore, Dr. Fasehun asked that Kaduna’s Governor Nasir El-Rufai should be dissuaded from setting the state ablaze by his current move to convert chiefdoms into emirates.

“Let us seize this opportunity to alert the nation on the opening warfront in Kaduna through the Governor’s belligerent, unconstitutional, ill-advised and crazy instruction that chiefdoms in Southern Kaduna and other parts of the state convert to emirates,” the OPC statement said, adding, “This is a follow-up in the script that features the killings in Southern Kaduna by Fulani militants and is geared towards the satanic agenda of Caliphate and ethnic cleansing. It must be stopped.”

Describing the move by the Governor as a display of ethnic chauvinism, Fasehun said that the Nigerian Constitution and Independence documents clearly recognised and preserved the rights of Minorities to maintain their cultural identity and uniqueness.

He said: “El-Rufai is in clear violation of the Constitution in Section 21(a). He should be called to order immediately; and instead of this evil descent into neo-colonialism and Caliphate expansionism, status quo should be maintained. Kaduna is a multi-ethnic, multi-religious state and no Jihad or Caliphate expansion programme must be allowed to take root there under any guise.”

According to OPC, Tuesday’s call by Defence Minister, Mansur Muhammad Dan Alli, for states to revoke their anti-grazing law as a recipe for peace contradicted Section 4(7) of the Constitution that empowers State Houses of Assembly to make laws for the good governance in their areas.