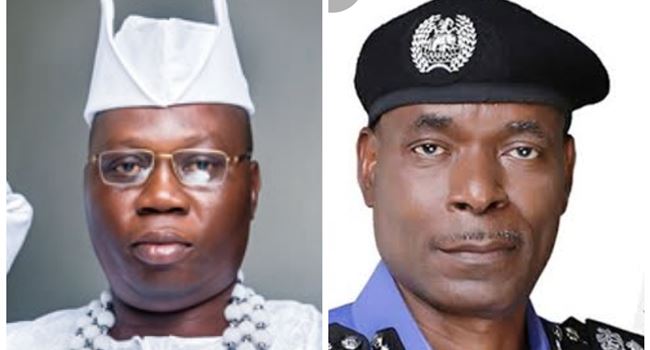 Members of Oodua Peoples Congress will now partner police operatives in South West geopolitical zone to strengthen their operation and get rid of criminal activities.

This was one of the agreements that were reached at the South-West geopolitical zone security summit at the International Conference Centre, University of Ibadan on Monday.

At the meeting which had the Inspector General of Police, State governors and other dignitaries in attendance, it was agreed that the Oodua Peoples Congress, traditional rulers and the governors of the zone would partner the police.

It was also concluded that community police officers would be recruited within the communities, while a committee of policemen, OPC and Miyetti Allah would be set up in each state, with CCTV deployed in the states.

Meanwhile, the Federal Government reiterated its commitment to strengthen the Operation Puff Adder and Safer Highway in the South-West in addition to deployment of new fleet of patrol vehicles in the zone.

The Inspector-General of Police, Mohammed Adamu, at the programme gave the revelation.

He said, “We are launching the community policing strategy and are expanding and strengthening the Operation Puff Adder with other complimentary strategies.

At the end of the summit, which lasted about five hours, the IG gave approval to deploy Special Forces in the six states of the South-West to be under a Commissioner of Police.

“The reality is that the current concerted operations of the police and other security agencies across the country, particularly along the Niger-Kogi-FCT-Kaduna-Kastina and Zamfara areas have engendered a dispersal and relocation of some of the criminals to new localities including the South-West.

“In response to this emerging trend, we have been evaluating and re-evaluating our operational strategies while strengthening our institutional capacity in relation to the generation of actionable intelligence and the conduct of special operations directed at proactively responding to criminal situations.

“I am delighted to note that the Operation Puff Adder which we inaugurated as a strategy to stabilise the security profile in the country and other strategies that we have put in place since January 2019 have so far been a success story.

“We call on you as strategic security stakeholders in the South-West to support us in strengthening and advancing the interest of our communal and internal security the IGP added.

The Chairman of the South-West Governors Forum and Governor of Ondo State, Mr Rotimi Akeredolu, said the South-West governors also agreed to engage the use of vigilantes to tackle insecurity in the zone.

Akeredolu represented by his deputy, Agboola Ajayi, said the use of vigilantes was as a result of the security summit held in Ibadan, Oyo State.

He said, “Ondo State with other five states of the South-West in the Development Agenda for Western Nigeria, DAWN Commission, are trying to engage our local vigilantes and collaborate with security agencies.

The host, Governor Seyi Makinde, also unveiled the security agenda of his administration before Adamu; Governor Gboyega Oyetola of Osun State and the representatives of other South-West governors.

Makinde said the recent deteriorating state of security in the South-West and the country at large, prompted the security summit of June 25th in Ibadan.

In their separate speeches, deputy governors Obafemi Hamzat (Lagos), Chief Bisi Egbeyemi (Ekiti), Mrs Naimot Salako-Oyedele (Ogun) reaffirmed their principals’ support for the South-West security network and the use of technology to fish out criminals in the zone.