OPINION...Beyond the noise: Why Tinubu should be President | Ripples Nigeria 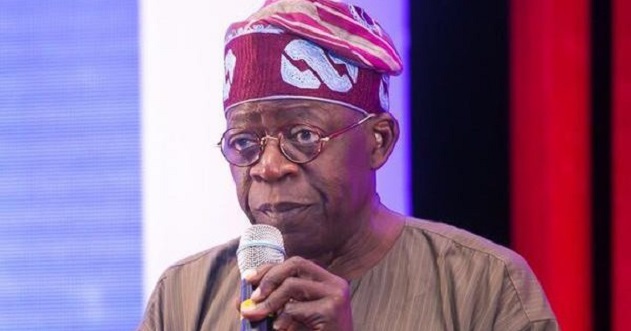 In the past few months, one of the most talked about topics in Nigeria’s political space has been whether former Lagos State governor and acclaimed National Leader of the ruling All Progressives Congress (APC), Asiwaju Bola Ahmed Tinubu, will throw his hat into the 2023 presidential ring.

The speculations and conjectures literarily hug anyone who strays onto the media space, populated increasingly by a clutter of emerging digital platforms with little respect for professionalism.

Indeed, across all media forms, the debates are unrelenting. Will the man who prides himself as Asiwaju, again, dare the murky waters of Nigerian politics in spite of the muds being thrown at him?

The answers may vary, depending on your location on the political divide. But we may do well to forage the political trajectory of a man who, even the worst of critics, cannot deny a prominent place in Nigeria’s quest to enthrone genuine democracy.

Like the many who argue that Tinubu remains an important variable in the Nigerian equation, some other critics are quick to rile him for his towering political stature and perceived dominance of South-West politics. After all, they argue, is he not instrumental to the elevation of many political neophytes into stardom?

At the risk of loathing him, they fail to realize that Tinubu is like any other Nigerian citizen or patriot with inalienable rights under the constitution. Should he then, in the face of media bullying, throw up his hands in surrender and chicken out of a race in which he is eminently qualified to contest for the top position in the country?

Hate or like him, a constant feature in the characterization of man is that none can possibly qualify as an unblemished saint. Tinubu is no saint, and just like any other mortal, he has his weaknesses and frailties.

But then, we must admit that nations are not run by saints. Many that have stood out have had a history of being governed by men with great vision, competence, capacity and character. Tinubu’s footprints on the nation’s political landscape sure demands a look in on these scores.

His transformational leadership acumen, outstanding values, managerial skills and futuristic orientation have long been celebrated by many who are patient to digest his records in private and public service.

This writer, however, acknowledges that all great men have had their traducers. Tinubu is no exception. Many who find a past time in knocking him seem to do so because they are uncomfortable with his being tagged a shrewd and brilliant strategist.

No where has this become more apparent than his growing capacity to build bridges across difficult divides. To his credit is the rapprochement between South-West Nigeria and the entities that make up northern Nigeria. That memorable handshake, many agree, led to the emergence of President Muhammadu Buhari as a democratically elected leader after his efforts had failed on three other occasions.

Tinubu’s audacity and tenacity can be both inspiring and infectious. His work rate and accompanying successes are, perhaps, what ardent critics have branded as greed.

Interestingly, these are basic and innovative values Tinubu insists on in his various mentorship drives which have become an envied leadership recruitment model.

Indeed, his knack for identifying brilliant minds and fertile brains is unassailable. Many are the examples of people he has nurtured to greatness, and his political protégés in several positions in Lagos and the country are a testimony to this.

But will Tinubu’s traducers give up on his perceived presidential ambition? Perhaps, no! Developments in the political clime do not suggest so. If anything, the intrigues and conspiracies are swelling by the day. And, they seem well orchestrated.

The forced removal of the erstwhile Chairman of APC, Adams Oshiomhole, who many believed was a Tinubu stooge, appears to be the first in the calibrated efforts. The intention was to deny him of any possible links to the party structure which could work in his favour in the event of a presidential primaries.

With Oshiomhole gone, the next plan was to expose Tinubu as corrupt, a project his political rivals had plotted without luck for many years. The former Chairman of the Economic and Financial Crimes Commission, Ibrahim Magu, who was also seen as one of Tinubu’s men at the anti-graft agency, paid the price for the Tinubu hunt.

From all indications, the sack of Magu, was an intricate web woven to pave the way for Asiwaju’s prosecution over alleged financial infractions that had been circulating around him for years.

The ensuing plot was to resurrect the allegations levied against Tinubu by Dapo Apapa, the former Managing Director of Alpha-Beta, a consulting firm handling the computation, tracking and reconciliation of Internally Generated Revenue (IGR) in Lagos who accused Tinubu of fraud, tax evasion, and money laundering. This remains a legal entanglement.

Read also: I have no hand in shooting of #EndSARS protesters in Lagos –Tinubu

It has also been speculated that the sack of Babatunde Fowler, a supposed Tinubu protege, who was the Executive Chairman of the Federal Inland Revenue Service, FIRS, was intended to facilitate an investigation of the agency for some possible incriminating evidence on the APC leader. This has also stalled.

All doubts that Tinubu was a hunted fellow were cleared when, during the #EndSARS protests in October, 2020, his two massive investments in the media, TVC and The Nation Newspapers, were singled out for attacks, vandalized and set on fire.

The vicious move by his detractors could only have been deliberate. Their only goal was to silence him irreparably and make it near impossible for his political movement to shape the narrative, direction and currency of policy and politics. They may have succeeded in the very short run but what they miss out is Asiwaju’s resilience, determination, fighting spirit and will power to confront challenges.

How wrong not to prey on the perceived vulnerabilities of an individual. People management and organizational abilities are Tinubu’s strongest forte, and only the very perceptive can see the strength in this awesome character.

The Nigerian dream may yet be accomplished only if its political class deliberately pledges to elevate substance, excellence, knowledge and ideas in the affairs of the nation. A little of these can be borrowed from a man who has given so much to his country, yet many fall prey to those intent on muddling the space for selfish goals.

Will those who Tinubu has assisted to fly high show up? The answer may be blowing in the wind but as he himself once admitted, ‘Service to humanity is almost a thankless job’. This irrepressible humanitarian must take his travails with equanimity and never give up on giving love to the greatest majority.

In his quest for greater challenges, he must appreciate that all is still not well with his dear fatherland. The fault lines, evident in ethno-religious skirmishes, are still manifest. Poverty still ravages the land while terror and banditry remain giants confronting the country.

And, therein lies the immediate tasks Asiwaju must confront ahead of throwing his hat in the 2023 ring, that is, if the speculations are right. Beyond the north, he must initiate other handshakes across the land to harness the diversity of Nigeria and its full potentials.

Tinubu has the chance and right, like many other compatriots, to challenge the statusquo and seek better and faster progress for his country.

Will he, in the face of media bullying by political opponents, chicken out of the 2023 presidential race? Time will tell.

Nigerians will vote for APC in 2023 – Gov Bello

Oyo govt shut down banks, hotels, others over land use charges