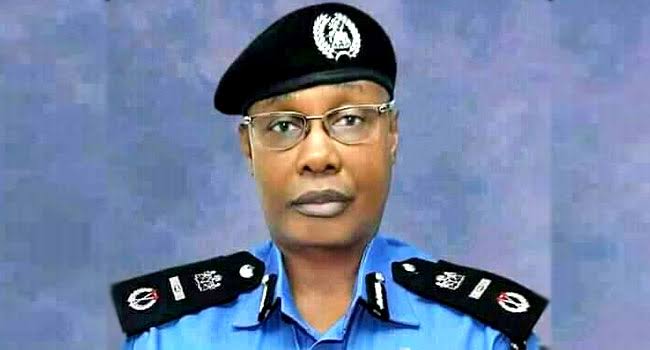 Gun shots in the night are becoming an enduring feature of rural and suburban communities in some parts of the country. Even the sound of a falling object that hits the floor could be misconstrued to be a gun shot from bandits, terrorists or kidnappers approaching to unleash mayhem, or civilians trying to police their community. Sometimes, shooting could imply that civilians on guard have cited a team of terrorists/kidnappers, approaching their community.

Two types of civilian self-policing could be roughly identified across the country. First, the organised civilian groups that have leadership and adopt different nomenclatures, such as Civilian Joint Task Force, Vigilante Group of Nigeria, ‘Yanbanga’, ‘Yansakai’ and several other names chosen based on local dialect. The second group involves individual civilians, making efforts to protect their families and in few instances, may operate in synchrony to police the community. Irrespective of the category, civilian self-policing in rural communities is quite challenging and life threatening, because the rural areas are more exposed and have low security presence.

The success rate of civilian self-policing is quite high in some parts of the country. In 2021, an ambush by a team of vigilante in a state in the Northwest, led to the killing of several terrorists. It is believed that the terrorists dread some communities like wild fire, due to the formidability of their self-policing structure. However, if the self-policing team runs out of luck or the terrorists take advantage of the untutored and poorly-equipped team, the hearts of Nigerians and the national dailies will be scarred with records of high causality and number of citizens kidnapped. In some regrettable instances, the terrorists wait for the most vulnerable time, when the civilian self-policing system is relaxed. The popular perception is, once it is 2:00 am, minds can be at rest as the terrorists usually attack at times earlier than this, to enable them trek long distances and deliver their victims to hideouts, where they cannot be noticed by passersby in villages or farms. In January 2022, residents of some villages in Zamfara State alleged that about 200 people, including vigilante members were killed by bandits in a single attack. When terrorists invade communities, the initial effort is to eliminate any person involved in civilian self-policing, they are the major threat.

These semi-armed civilian self-policing groups get little or no recognition from the local or state government in Northern Nigeria. In almost all states with high level of insecurity in the north, there are self-volunteered, semi-armed civilian groups policing their communities. In some communities, members of the group have over time acquired significant knowledge on criminality, arms and use of arms. If let loose, they could pose serious security threat in the future, especially with the current proliferation of arms and light weapons in the country. The experience of a community vigilante group, turned urban bandits, the Bakassi Boys, still remains fresh in our memories.

READ ALSO: OPINION: Who owns the oil? Why neither OBJ nor Clark is right (1)

When police or military officers become complicit in their duties, there is a system in place to fix the error and deal with the bad eggs internally, without attracting unwarranted public attention. Allegations against a member of civilian self-policing team or vigilante is made to attract the best of public attention. Sometime these allegations could be life threating and may affect the self-policing activities. Even a baseless allegation by any criminal can put members of the self-policing team in bad light. In some communities, allegation of compromise on members of the self-policing team is not unexpected. For it is the act of setting a thief to catch a thief, since it is mainly repentant offenders that are courageous enough to take-up the task of confronting the killer terrorists. They are the ones that can be charged by hard drugs or seek spiritual protection to do the job well. In few other communities, very responsible citizens are involved and they lead the team.

Community members and the armed forces rely heavily on the activities of these groups, and thus, they deserve public commendation and support to improve their services. De facto, but probably not de jure, an elementary system of community policing actually exists in various communities; the state governors only need to integrate the different groups and further organise them to become the community police of our dreams. Undoubtedly, state-managed community policing will go a long way in reducing the activities of bandits, kidnappers and insurgents.

The current security challenges make it a pressing necessity to enact a passive or permanent system at the state level that will manage civilian self-policing in Nigeria. A provision is urgently needed to give some level of paramilitary training to individuals and groups involved in civilian self-policing to reduce avoidable causalities, particularly in rural areas, due to ignorance of basic defence tactics during combat with terrorists. The training would hint the self-policing team on how to block all loop holes that may make their communities easily preyed up on, particularly at certain vulnerable times of the day, including the wee hours of the morning and during religious services. The risk of team members becoming egocentric and over stepping their boundaries, due to lack of ethical doctrine, could be easily checked if the government is involved.

If adequately trained, those courageous enough to self-police their communities would be good stool pigeon by providing security tips, collected directly from the source, in spots where security officials may not easily assess. Those residing and operating in rural areas could be of great service to the army and police in the fight against kidnaping along our highways. The advantage of being familiar with their terrain and being willing to eschew fear for safety of their families, homes, farmlands and stock-piled food, makes them potential tool for achieving great national security. The best time to act is the present.