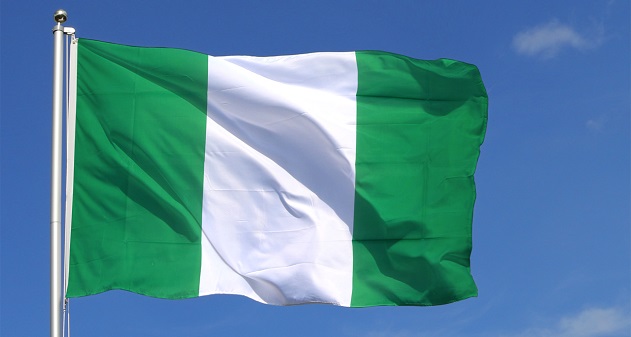 2022 – The world is convulsed by greed, lasciviousness, tyranny, covetousness, violence, poverty, exploitation and other social pathologies. The ides of consumerism, mercantilism and materialism have made these seem pervasive and inevitable. The mentality of self with the dominant motivation of accumulation of wealth and appropriation of resources at all cost is widespread.

The proclivity to share, care and empathize has been subsumed by the compulsive desire for endless and needless accretion. The principle of social solidarity and brotherhood is extinct as people neither cares about each other nor their society and the predilection to reap off, fleece and exploit is mindboggling. The troikas of corporate hawks, wealthy folks and politicians have practically vacuumed every naira they can into their pockets leaving in the wake unprecedented pauperization and the most widened income and wealth inequality gaps in the history.

The accentuation of ethnicity, religion and clannishness and the subsequent division of people along these lines created additional obstacles on the path of promoting collective harmony and progress leading to needless suffering, festering injustices, widening inequalities, ethnic squabbles and religious crises which has accelerated the solidification of national atrophy. The state’s abdication of its cardinal role to promote the welfare and rights of its citizens worsens the already grim situation, we now have an anthology of governments and officials whose positions are insidiously at variance with collective interests across both the global north and south. The traditional utilitarian dictum- “greatest good for the greatest number’’ has been jettisoned as the basic and inalienable rights of citizens are now treated with an admixture of disdain and levity.

The relevance and existence of political authority through fair and good governance, formulation and implementation of programs and policies, enactment and enforcement of laws and enjoyment of rights and related benefits that would elicit full citizenry participation, prosperity and contribution and eventually collective societal well being is mainly to extend the frontiers of common good This speech is about common good which i severally defined as acting for overall societal benefit, espousing laudable bigger picture ideal and engendering collective prosperity. Common good emphasizes creating the right avenue for individuals to self actualize by supporting the accomplishment of mutual goals. It connotes a humane means of balancing the rights of individuals to wealth with the needs of the vulnerable and less privileged. The primary concept of common good as advocated by Pope John XXIII in Mater et Magistra is explained in terms of “the sum total of social conditions which enables people, either as groups or as individuals, to easily fulfill their aspirations.

French Philosopher Jean Jacques Rousseau in his work the social contract argued that society can function only to the extent that individuals have interests in common and that the exit goal of any state is the realization of common good. The subsistence of a just social order that can guarantee peace, progress, equity, and security of society by ethically suitable means is at the core of common good. Common good in this sense are selflessly undertaken actions aimed at accruing benefits to others without anticipating rewards, being beholden or demanding servitude from the intended beneficiaries. More specifically, it is linked with empathy which is rooted in the innate capacity of humans to genuinely feel and share the joy, pains and sufferings of others. It goes beyond mere cognitive perception of how others feel to include real emotional impacts like being sad in response to others grief; happiness in response to their joy; downcast in response to tragedy and celebrating in victory which helps to expand self identity to social linkages such that what happens to others somehow affects us and personal wellness is linked to collective well-being.

This universally applicable ethically desired and humanly enriching trend stems from the growing interdependence of humans and interactions between people and society as means of profoundly fostering the optimal and even progress of persons constituting the agglomeration of society The common good entails respect for individual and group social well- being and advancement which are outcomes of just and stable societies.

The institution of justice is related to protecting rights, sustaining liberty, maintaining order, promoting welfare, resolving conflicts and participating in collective decision-making which are paramount to common good. Also key to the above is the availability of and accessibility to essentials like food, clothing, health, work, shelter, family, friends, education and culture. Unless it would vitiate itself, common good implies and requires the recognition of the intricacies of society, the inexorableness of its growth and the fundamental rights of its constituents as its principal value Humans exhibit diverse behaviors; some find solitude unbearable, while others prefer to be individualistic. But what can’t be disputed is the preponderant inclination for companionship to enjoy a kind of camaraderie together that cannot be enjoyed alone. Human life has inherently social dimensions. Optimizing adolescence and navigating adulthood entails socialization and imbibing human attributes which requires the companionship of other humans.

The rapport between and humans and their community is reciprocal and the practical utility of common good rests on the vital plank of the collective duties of humans as responsive, perceptive and active members of the community. The more people strive to secure common good analogous to the real happiness, aspirations and welfare of their fellow humans, the more they create strong bonds of candor, chords of solidarity and shared sense of belonging that transcends the ordinary. The prevalent national disinterest in common good and societal progress foretells something on the future horizon that does not augur well for Nigeria as a nation.

Nigerians must strive to harness the immense potentials and strengths inherent in its diversity. We must seek a consensus arrangement of living and coexisting in unity and develop the attributes of sharing and being bound by a common fate. We must strive towards preventing ethnic, nepotistic and religious identities from obscuring our shared identity as people with the oneness of mankind and the consciousness of the human spirit. Regardless of differences, we must speak the same language of progress and profess the same religion of peace, while recognizing that we are not enemies, but friends with bonds of affection seeking mutual goals of peace, progress and stability that exceeds other primordial considerations that have made affliction an endemic quality to the nation’s character. Individual and collective avarice has been toxic to Nigeria.

Therefore, our focus must shift to promoting fair-play, justice, domestic tranquility, general welfare and liberty which dovetail into communion in good living. Headlines about the gargantuan numbers of Nigerians in poverty, facing insecurity, existing in crisis situations, being killed daily and living as internally displaced persons is a travesty in Africa’s biggest and wealthiest nation. Nigeria must be a society of progress, not a society of spectacle. Let us change the Nigerian landscape by closing the gaping hole between the reality of what we have become and the fiction of who we are supposed to be The preponderance of low income citizens in any nation is not only embarrassing, but an insignia of impoverishment and faltering of democracy.

The Nigerian conversation must be directed towards defending the cornerstones of democracy in terms of championing citizenship equality, welfare and participation, ending the institutionalization of injustice, preventing suppression, insecurity and intolerance and making Nigeria a space of freedom and rights where basic rights and true freedom of all citizens– freedoms of speech, conscience, occupation, choice and association and the complementary responsibilities are respected Nigerians need to recapture the ideals of social equanimity by uniting around the themes of mutuality, respect, open-mindedness, empathy, rule of law, justice and rights.

Let each of us individually and collectively change the narrative and stop the insidious culture of the unquenchable thirst for power and wealth, let us try to be less avaricious, less acquisitive, less selfish, less materialistic and less tribalistic, more empathetic, more considerate, more altruistic and more panoramic and channel the required candor, enthusiasm and energy to make the average Nigerian the epicenter and sacred space in our constitution. Let’s go back to the days of old when we were all our brother’s keepers and ethnicity, religion, status and clan was irrelevant.

The clear message is that passion and involvement for common good is a veritable solution to genuine and inclusive socio-economic and political growth and the development of a country that can work for all of us irrespective of ethnicity, religion, status, gender and political belief.

OPINION: Nigeria, June 12 and the celebration of nullity