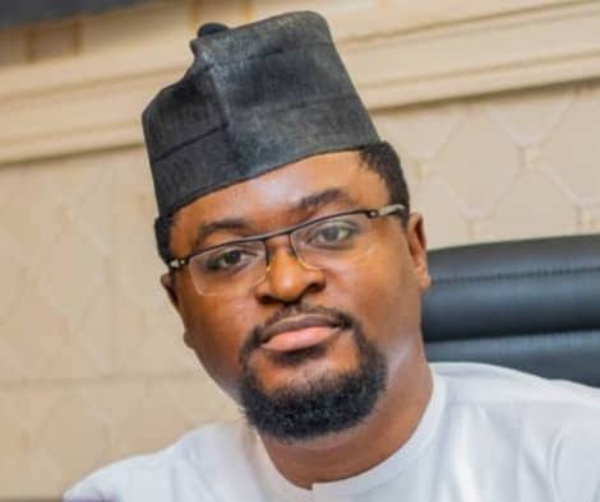 Nyesom Wike, governor of Rivers state, could be the kryptonite of Atiku Abubakar, presidential candidate of the Peoples Democratic Party (PDP). Wike has remained implacable and untrammelled. And he seems determined to take his pound of flesh after his humiliation by Atiku. Wike will not relent until he draws blood.

There is a method to Wike’s madness. Wike cannot be dismissed or ignored. The Peoples Democratic Party (PDP) blundered when it discarded a sacerdotal principle – the zoning precept. Since 1999 zoning has governed the PDP’s power distribution. It was by dint of this that Umaru Musa Yar’Adua became the party’s standard bearer in 2007 and president after Olusegun Obasanjo.

Goodluck Jonathan’s ascendancy was an accident of time and the making of a benevolent fate. The distortion of the power character and geography was to be corrected by the PDP in 2015 as Jonathan had reportedly agreed to do only a single term. Power was expected to return to the north in 2015, but Jonathan chose to seek re-election. This fractured the PDP and spun a web of palace conspiracies and subterranean plots, leading to his deracination.

Naturally, after eight years of power residency in one section of the country, it is expected to orbit to another.

It is hard to explain and farcical to rationalise PDP’s gaucherie. How will the party convince Nigerians to subsist with the current geography of power after eight years of the present leadership? It will be a tough sell.

After the party’s presidential primary election in May, it was expected that winner would begin reconciliation and rapprochement with other hopefuls. The primary election was not a contest of popularity, really, but a clash of cash. It so happened that the man with the biggest trove of cash took the prize.

The PDP was divided by the outcome of that exercise. It should not have been. It is hypocritical parroting, ‘’One Nigeria’’ and ignoring the violation of this essence by the PDP. It is a mockery of common sense.

I believe Wike reserves the right to be upset by the duplicity of the PDP. He should have been left alone to lick his wounds after the presidential primary election. But he was led on with a phantom vice-presidential bait.

At the behest of Atiku, the PDP set up a panel to pick a vice-presidential candidate. The panel recommended Wike, but Atiku preferred another candidate. Despite the insistence of the national working committee (NWC) of the party on the nomination of Wike for the position, Atiku refused.

In an interview with Arise TV, Atiku said he cannot work with Wike. According to him, he needs ‘’someone amiable’’ to work with.

So, why the pantomime when it was clear Wike is not wanted? Why not allow the man to nurse his frayed ego in peace? Why add insult to injury? Why toss a carrot before him, only to snatch it away the moment he tries to take a bite? Why the double-decker humiliation?

And when the governor was taciturn and appeared to have moved on, some supporters of the PDP presidential candidate were taunting him. Really, it seems the PDP is yet to learn any valuable lesson from defeat. What is happening now is reminiscent of pre-2015 elections when the party succumbed to morbid indulgences and gutted itself. Seven governors left the PDP in the build-up to the general election, sealing the doom of the party. It is happening again.

As it appears, the party may lose its strongholds – the south-east, the south-south and even the north-central. Peter Obi’s rocketing movement has left the PDP vulnerable in much of the south. The years of unrequited loyalty to the PDP by the south-east are gone. Wike has obviously broken away from the pack — and with him are some PDP governors. This imperils PDP’s star-crossed presidential bid.

Bola Tinubu, presidential candidate of the All Progressives Congress (APC), appears attuned to the windfall in the chaos, and he is seizing the moment. It is unlike Tinubu to let a good opportunity go to waste.

Jagaban is meeting with Wike somewhere in Europe – this is while Atiku had refused to meet with the Rivers governor – until the recent ‘’rendezvous’’. Tinubu, obviously, takes his presidential bid with gravitas. He understands the times and the need for seeking allies and not foes in an election season.

Wike is horse-trading to work against Atiku in the 2023 elections. Only a party that is self-secured in second place will ignore this evolving political artistry.

Wike is everything everyone says he is. He is uncouth, caustic, brash, vacuous, insipid, vindictive, and could be infantile. But no one can take away the influence he wields in his state, in the south-south and among some governors in the PDP. He has profitable political capital.

It is hard to see how the PDP can upend this trajectory to its favour. Wike’s boat appears to have sailed on.