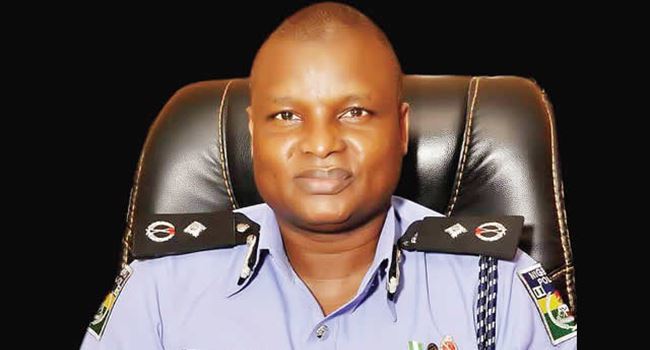 Whoever doubted the determination of retired Brig-Gen. Mohammad Buba Marwa, the National Drug Law Enforcement Agency (NDLEA) Chairman to rid Nigeria of narcotics business and drug consumption must have had a rethink following the recent revelation of the scandal of the century involving the disgraced and suspended DCP Abba Kyari, the hitherto Commander of the Intelligence Response Team (IRT) at the Force Intelligence Bureau of the Nigeria Police Force. The anti-drug agency’s Director of Media and Advocacy, Femi Babafemi, was all business firing from all cylinders as he addressed a press conference recently.

He sounded coherent, aggressive and undiplomatic in his exposé that sought to unmask a rogue high-ranking police officer with a track record of scam and atrocities. Last January, he had declared, a 25 kilogramme of cocaine (worth millions of Dollars) had been seized at Enugu international airport and the importers apprehended.

The suspected members of the international drug cartel by name Chibunna Patrick Umeibe and Emeka Alphonsus were arrested at the Akanu Ibiam International Airport in Enugu last January and they were cleared with their imported cocaine by the compromised anti-drug agents at the airport before a police team, acting on intelligence, swooped on them and took them in.

According to Babafemi DCP Abba Kyari had got in telephonic contact with one of the NDLEA staff proposing a mouth-watering drug deal worth billions of Naira! Kyari had suggested to the officer that 15 kg worth of the seized hard drug should be taken out and replaced with ‘powder’ with the proceeds shared among them. The arrested drug dealers would subsequently be freed.

The concerned NDLEA officer dutifully and patriotically reported the incident to his superiors who responded by asking him to play along in order for the ‘kingpin’ to be caught pants down. A video evidence was played where Kyari was seen dropping thousands of Dollars being the proceeds of the purloined cocaine which they had already sold!

After watching the press conference and the indicting video online I felt ‘proud’ (albeit paradoxically shamefully) of being a Nigerian for once in my lifetime close to half a century down the line. It was just like what is obtainable in the West especially the US where investigation into malfeasance, murder or criminality is often accompanied with pride and professionalism.

The damning evidential complicit video online had depicted Kyari in his kaftan delivering the Dollars as promised and agreed (proceed of narcotic crime). He was seen, following the conclusion of the deal, happily walking into his SUV. If the car inside which the deal was struck was not wired Kyari would have easily denied any involvement. He is a serial liar like Minister Lai Mohammed!

The NDLEA senior staff who exposed Kyari must be protected and given a national honour for his great service to the motherland. If he had corporated, like many his kind would have done in an endemically-corrupt system, he would have been richer. But he chose patriotism and professionalism over filthy lucre!

A whole lot of state agents of cocaine dealers and swindlers abound in both the police force and the NDLEA itself. Weeding out the bad eggs ought to be paramount in the minds of those responsible for hiring and firing staff.

The first question that came to my mind was why would a serious government allow an established criminal wanted by the FBI in America for scam-related offenses to roam free doing illicit business and making more money out of crime? As a Fulani blue-blood I came to the conclusion that President Buhari and the Fulani gang running Nigeria aground would not allow a brother to fall in disgrace. Hence the panel after panel being constituted and reconstituted to probe his involvement with the Hushpuppi Internet fraud.

The major problem here lies in Kyari’s capacity to defraud the system. He may now be known as the leader of the cocaine syndicate with international conections from Brazil to Ethiopia and elsewhere but before now he was famous for being the associate of the incarcerated 419 kingpin, Ramon Abass, popularly known as Hushpuppi, arrested in Dubai and deported to the US where he is still facing charges bordering on wire fraud.

Before Hushpuppi was apprehended and sent to America it was discovered following intense investigation by the FBI that Kyari had been doing the bidding of Abass for a fee. He even hosted the top cop in his Dubai residence!

DCP Abba Kyari was celebrated, prior to his fall from grace, as a dilligent professional crime-bursting super cop who had succeeded in cornering professional criminals like the detained kidnapping kingpin, Evans, and other drug barons. But now we have come to learn the hard way that all that glitters may not be gold after all. Kyari wined and dined with criminals; he only did his job correctly if the deal turned sour! Or if the price was not enticing enough!

The Police Service Commission had frowned at the police hierarchy led by Usman Baba Alkali over their failure to deal professionally with the Kyari/Hushpuppi fraud scandal. Yet, nothing serious was being done to cage Kyari. And now he had committed a more grievous crime which if Nigeria were to be China he would have since been hanged and forgotten in a hurry!

If DCP Kyari were to be an Ijaw, a Yoruba or Igbo by now he would have met his comeuppance. But given his Fulani roots (with an unrepentant Fulani ethnic bigot in power in Aso Villa) it may be easier for a camel to pass through the eye of a needle than Kyari to be served justice accordingly.

When he gate-crashed into power in Dodan Barracks in 1983 (following a successful anti-Shagari coup executed with the help of the late Gen. Sani Abacha and Gen. Ibrahim Babangida) General Muhammadu Buhari, now democratically-elected President, had signed a controversial decree that took out a couple of notorious international cocaine merchants like Bartholomew Azubike Owoh, Lawal Akanni Ojuolape and Bernard Ogedengbe.

Kyari was reportedly arrested and handed over to the NDLEA authorities for possible prosecution. We are following the matter with grave concern. Any attempt to sweep it under the carpet would forever define the Buhari regime as the War Against Indiscipline and Decrees 2 and 4 defined his misadventure into power in 1983.

DCP Abba Kyari needs to be jailed for life if not hanged. That way justice would be served. His narcotics sunset post-Hushpuppi would serve as a lesson on how not to be a hypocrite and a deterrent to others like him still in the force.

Kyari had smartly projected the image of a super-cop doing the unthinkable by intelligently cornering hardened criminals at large. Now we know that all he was doing was just for his pecuniary benefits. The chicken has finally come home to roost.

OPINION: killing in the name of Biafra!