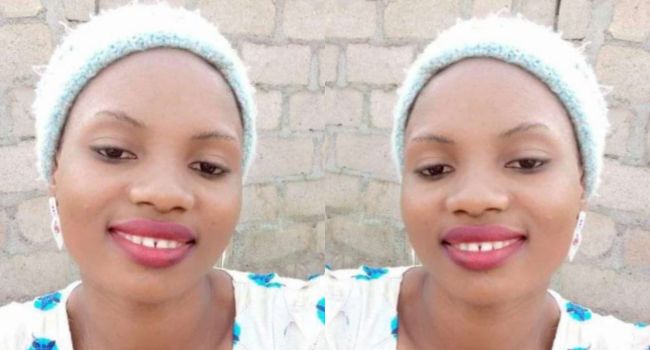 The face of the Nigerian media was coloured with a melancholic garb on last week Thursday when a frightening news broke from its shell of hell that a certain Deborah Samuel Yakubu has been alleged killed over the offence of blasphemy that she committed against the only Prophet of Islam, Mohammed bin Abdullah (S. A. W.) I could not get myself because something of sort happened in a country – which I will keep her name to myself for a rationale I will not declare here, those who are up-to-date with the happenings in the cosmos might know it though – recently. The only pellucid discrepancy is the killer: that of Deborah’s are wrathful mob but this one I am saying is by a lady who accused the deceased for blasphemy. The comedy of it all is that this offence is committed in a dream, as the guilty suspect revealed. You giggle too? That’s the same thing I do. But that is that in that country, I don’t think it should or would have happened in Nigeria. But the deed has been done. Just like this Yoruba aphorism, the knife cuts a child’s finger and he throws it away, has the knife not able to have his way? It has happened. It is a litotes if we say something of this nature has not occurred before, it is rather stupendous.

In this piece, I will take a recap of the whole issue and add some deatils before I drop my own take on it. It occurred that a confabulation was on in the WhatsApp group of some students of the prestigious Shehu Shagari College of Education in Wammako, Sokoto State. This shahu lady was in her 200-Level of Home Economics and a “nonsense prophet” was credited to have been said by her. As we all know it, this statement sounds outrageous. In the bitter reactions, the angry Muslim brothers laid her to rest on the hot ground under the usual sultry sun that munch the napes of all and they threw stones at her like the Koranic Shaytan until when almost her two kidneys were out. And you call them students? I don’t think so. They are what journalists would have called “unknown gunmen” if not for the locale because their own was the worst I ever read. They did not derive the maximum utility they had hoped for earlier so they garnered spare tyres and put them to lay beside her as if they were logs. Instantaneously, one black goat came out of the crowd with a matches and turned the body of the helpless soul into another roasted Barbeque. Don’t tell me you have forgotten the 42-Human Barbecue we perceived not so long? It was in this same Sokoto State.

I tell you that Buhari-led administration has something to offer Nigerians when it comes into security of lives and properties. He personally condemned the misconduct twenty-four hours later with “violence does not solve problems” and Mr. PYO saying that it is ‘distressing’. Not only that, a lot of vital scholars, people and agencies like the Christian Association of Nigeria, Muslim Rights Concern, Amnesty International have taken sides against the gruesome but inglorious murder. Nonetheless, we have Islamic fanatics who are just laden the with strict fundamentalusm. They are nothing but counterculturists. One of them is Anas Mohammad Sani, who, according to his Facebook biography, serves as the personal assistant to the Sokoto Finance Commissioner. He asserted that Ms Samuel was brutally murdered because she was reckless with her tongue. Nobody said no, what we were asking is was this right? No matter the situation, jungle justice is never an option. There is no gain if we take laws into our hands. Rep ipsa loquitur, this occuremce happened in the Mecca of Nigeria (Sokoto State) where the Islamic Sharia Law Courts flourished with no barricade. Why couldn’t the lady be arrested and tried there if actually her statement was blasphemous as claimed? Why couldn’t the killers handed her over to any law enforcement agency in the state? Thomas Hobbes has said it, life will be “poor, nasty, short, solitary and short” in a state of nature like this. I reinforce Primate Elijah Ayodele’s submission that the killers are terrorists hiding under the mask of religion. They intended to create anarchy, recall that the 2023 presidency is knocking the door gradually, you don’t forget the tales?

READ ALSO: CAN insists on nation-wide protests in churches over Deborah Samuel’s murder

It is high time the Northerners stopped acting like the Deputies of Allah on the cosmos. Even if there is a Koranic verse that prescribed death as the penalty for blasphemy, the dear Muslims should think out of the box. They should know that what God is saying there was a matter of protection or a confirmation that the religion will take no ease with whom that disrupts it. Allah will and did not tell you to lay blood. You call Islam a Deen Salaam (religion of peace), is this brutal killing an ‘ibadah’ (act) of pacific too? You are just painting the religion black and brown. Now, you have to tolerate what everyone says about the religion. What you intend to prevent initially will now become an object of debate anywhere and you have to be put up with whatever they utter now: either for or against You and Your Religion. Good Muslims must be one with one with an hybrid of habits, you can be apoplectic, you have to do everything with ‘sobur’ (patience).

The Northern Nigeria is now seen as the epicentre of crimes ranging from the Boko Haram, the toxic ISWAP and the most choleric week it comes to religious matters like this. The Northern Nigeria is now a petrifying symbol of taciturn silence to anyone who wishes to say something about the religion. People will unsafe when they are beside anyone from the North, their thinking faculty whispers that they might be injured so they lock their gobs immediately even if they had intended to say something quintessential before. This has to stop, the North is not a citadel of hullabaloo.
Not only the North, other regions in the country should follow suit. There is nothing wrong if a Christian goes to a Muslim school, learn to tolerate one another. The Prophet Mohammed says in Hadith 16 of An-Nawawi’s Collections that “you should not be angry!” He demonstrated this for you after one of his uncles (Abu Jahl) threw a placenta at him, did he utter a single curse? No! I demanded that the right justice be meted out to anyone that is found in connexion to the crime. They are deaf, they did not listen to what Allah himself ordered in Koran 33:49 that “and ignore their annoying talk and put your trust in Allah”. Don’t fight for God or his Prophets please.