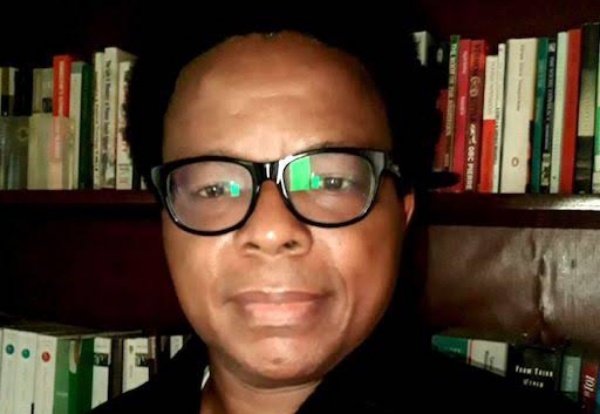 It isn’t just mere nuisance; it has become a menace.

Nigerian media houses tumble over themselves to issue awards to bumbling politicians. It seems driven by a mindless rivalry. It has the feel of an unending circus now.

Some of the things read at these awards ceremonies can pass for funeral orations. You know funeral orations: the dead man’s ills are mercifully omitted. A drunkard who died of liver cirrhosis would be described as a warm and sociable fellow. But there is a reason why funeral orations are commonly hagiographic. The dead can’t be killed. And can’t be killed with contrived fulsome praises. So, let the living beware.

At these award ceremonies, the politicians are painted so colourfully you can’t recognise them. If their true stories are faithfully told, then ridiculousness of the charade become all too stark. Sometimes you wonder if the media houses are simply fooling the politicians. Why would a goat called a lion stand and take cheers? Some other times you wonder if the watchdog still has sight. Because you don’t want to believe the motive of the awards is deceit.

Then how is it that every politician, dead and living, is now a recipient of lifetime achievement and excellence-in-governance awards from reputable media houses? It’s baffling that the media houses can’t see the folly in their commitment to this enterprise.

In the last few days, it has been a literal frenzy. It has been a compulsive obsession to give out awards. It would have been excusable if the watchdog no longer sees. But it’s obvious the watchdog sees. Every day in the print and electronic media, it’s all stories of institutional rot and moral destitution in public office. Every arm of government, from the local councils to the federal government, is implicated. The enormity of misgovernance and its calamitous impact on the citizenry are captured fairly sufficiently by the media in their daily reportage.

So why won’t these media houses allow their daily reporting to affect their determination to glorify these politicians at these award ceremonies? The dissonance is curious.

Politicians have become so inept that the grossness of their misconducts no longer shocks the public. Scandals are now mundane. Rather than disgust, the atrocities of public officers now feed the streets with humour. Yet every day, in the last couple of weeks, it’s been the same implicated politicians and their cluelessness matching up stages and receiving big awards from the same big media houses.

Why are the media houses dutifully issuing awards to politicians?

Is there a law that compels media houses to issue these awards?

Any governor who lasts for four years in office would someday receive an award from a reputable media for excellence in something. It’s comical. If the governors are as good as these awards suggest, then why do we think our politics is rotten. Why are our children dying from chronic malnutrition? Why do we have the highest maternal mortality rates amongst oil producers? Why do our students flock to Ghanaian universities? Why have we always ranked so lamentably low in every good governance and transparency index?

Media awards are supposed to be pearls. But the media houses are relentlessly serving them to swine. There were times when titles mattered. Those who were selected and made chiefs in Igboland were respected. Then money came in and became the measure. Before long, advance-fee-fraudsters and corrupt politicians came to have more chieftaincy titles than anyone else. And they got the coveted ones from the revered thrones. Then chieftaincy titles became beautiful nonsense.

Do these media houses still believe the public has any regard for these awards? I have always wondered why they have continued with these elaborate ceremonies. They hire expensive venues. And decorate them lavishly. And award recipients gather friends and dance troupes. And there is so much noise and fanfare. And the following year, another follows the exact same pattern. Have the media houses had no time to soberly reflect on these colourful but vain annual choreographies?

Mo Ibrahim instituted a five million dollar leadership award for Africa. The award was designed to improve leadership in Africa. And the awardee would be a former African president who has served meritoriously, unaffected by the gluttony and greed, unaffected by the sit-tight syndrome. It has been awarded only five times in the last 12 years. No Nigerian has been found worthy of the prize. The Ibrahim Prize committee has two Nobel laureates. That committee awards the prize only when a worthy winner is found. That is why that award, besides its huge financial size, commands global respect.

But flip through the names of awardees by major media houses since 1999. You will find all the Esaus and Judases of Nigerian politics; all dishonourable politicians that have succeeded in making Nigeria the butt of global jokes on top of those lists. I won’t mention names. Name all the poster children of corruption and you will be correct.

Go through the list of awardees for any single year. You will notice that almost every governor in the country gets an award. And we are not talking about funny awards by shadowy groups that have mushroomed all over the country. We are talking about awards by the most reputable media houses in the land.

It’s a tragedy. Marks, we now know, are sold in our universities for sex and cash. Media houses must be wary of allowing the public to explain the riddle of these awards in that light.

But one cannot but ask. And I must ask. What is now the purpose of these awards?

Is it to reward mediocrity in the total absence of excellence? Is it to institutionalise political cheerleading by watchdogs? Is it to garland the one-eyed leprous powerful men in the country of blind but healthy ordinary folks? Is it to make mountains out of molehills of fleeting good governance anywhere seen?

OPINION: This Kumuyi is simply different