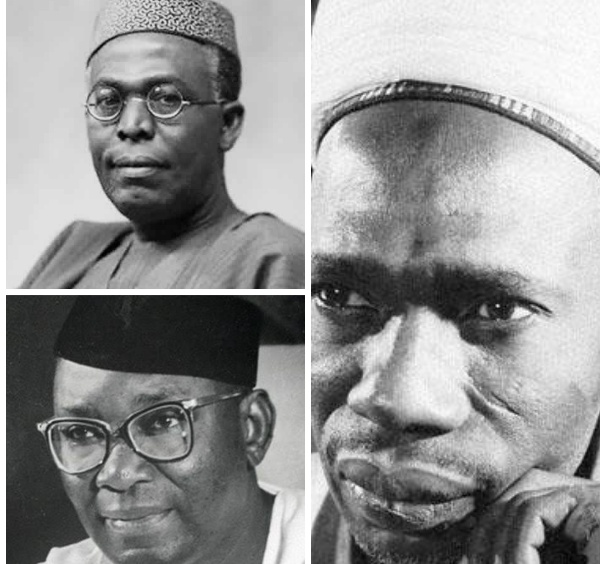 The founding fathers of politics in Nigeria came with some ideals girding them. To begin with, one would discover that almost all of them were lawyers while those who were not lawyers were people with discernible convictions. Also, political parties or organisations at the time were always with a sense of direction, to the extent that no two parties were the same in their aspirations and/or the philosophies they believed in. Without doubt, the whittling down of these qualities gave rise to the mumbo jumbo being witnessed, currently, in Nigeria’s political firmament. Unfortunately, Nigerians felt unperturbed.

Once upon a time, Nigeria was not used to having fraudulent people, especially, in her decision-making positions. But how come they have now become thorns in her flesh? Take for instance, when political hoodlums realized that they could help themselves through the instrumentality of terror and violence, they hijacked the process and created for themselves a vibrant specific political space with juicy benefits to boot. Unlike the First Republic where hoodlums were put into their positions according to the dictates of the social stratification and the ranking of social statuses, these days, the texture of our politics has become so frighteningly rough and evil-permeable that a gangster can nurse the governorship ambition of a Nigerian state. These are issues Nigeria’s political class ought to have addressed long ago. But they couldn’t! Well, it’s not that they didn’t understand how to go about resolving them. It is frustratingly annoying that they’re also products of the confusion. Hence the difficulty in speaking to them!

When Obafemi Awolowo was arrested and eventually sentenced to 10 years imprisonment with hard labour for treasonable felony, had Nigeria’s activists woken up to their calling and suppressed the trumped-up charges, Awolowo would not have been unjustly imprisoned. Of course, Nigeria would most certainly have escaped the mess into which she was eventually – and, conveniently, too – plunged. Awolowo went to jail and Nigerians went about their daily activities as if nothing had happened. As fate would have it, only the grace of Gowon saved the sage!

When Adisa Akinloye and ‘men of like minds’ from the ruling National Party of Nigeria (NPN) went on a spending jamboree in London, Awolowo was the first to warn Nigerians of the economic calamity waiting to happen. Again, Nigerians behaved as if they were untroubled. Instead of sitting up to salvage the situation with unrivalled dexterity, the then President Shehu Shagari-led government chose lampooning the ‘old man’ as a hobby. Regrettably too, Nigerians ignored the warning! Since the old man had no power; and, since the society was gullible, economic depression had its way! Not long after, ‘austerity measures’ hit the country like a plague. Still, the society did nothing! Of course, that sounded the death knell for a government that was already on edge! Tantalizingly, ‘austerity measures’ have kept expanding, in different sizes and colours.

When the Wole Soyinkas of this world founded the Pirates Confraternity, there was a set academic standard which must be met before a prospective candidate would become initiated. That’s why conversations with any member of the Confraternity at the time were always laced with impressive delicacy and skill. Again, that was then! Gradually, the low-life popular culture of hooliganism took control and ‘Fadeyi Oloro’ usurped the functions of the 70-year-old Confraternity!
When on February 1, 1971, Adekunle Ademuyiwa Adepeju was shot and killed at the University of Ibadan (UI), the then General Yakubu Gowon’s regime was almost brought down because no calamity of that magnitude had ever befallen Nigeria’s university system before that time. To a typical Hausa man at the time, it was merely ‘nufin Allah ne’. So, ‘life continues!’ The Ibos simply thought that it was a Yoruba boy who was killed. Since the 23-year-old undergraduate was not from their tribe, ‘life’ also ‘continues.’ That’s not all! Half of the Yoruba population were not even as knowledgeable as to have understood that no Nigerian, let alone a university student, should be killed. But the elite shouted and Gowon was scared! Unfortunately however, after a time, some never-do-wells emboldened the Head of State. They advised Gowon to merely apologise to the nation, condole with Adepeju’s family on the loss, and assure them that government would look into it, which the junta did! But what has become of the Student Union Building named after the fallen hero? It is doubtful if students of this prestigious university still remember that a Kunle Adepeju was mowed by an unknown police officer in Nigeria.

Time it was in Nigeria when academic journals from Nigeria’s foremost universities were being accorded international recognition. Now, one even wonders whether Nigeria’s academics even have the time to sit down, think and write, let alone get them published in internal journals. The worst part of it is that lecturers are now promoted as professors, not based on their publications, what they do, or international recognition. No! It’s because they have been around for too long, marking time in the Departments; or belong to a cult; or something like that!

In 1972, the Nigerian Students Loans Board was established with the core mission of catering to the financial needs of Nigeria’s indigent students. At the end of the day, the rich and the elite hijacked it for their children while those for which it was originally intended were left gasping for breath. Unfortunately, those children who illegally benefitted from our commonweal have not even deemed it fit to give back to the society, which is one of the worse things. They are either in the UK, USA or Canada, making merry, thereby forgetting their humble beginnings. As such, the opportunity they had was never reproduced so that other people can have what they had.

Well, I have argued elsewhere that a tyrant is a tyrant to the extent that people believe the man is using the frontiers of his ambition and power given to him legitimately. That’s when a tyrant can be seen to be acting. But then, what is missing, centrally, is the control. The tragic truth is that, due to lack of control, those who hitherto had no business in politics came into it and impose their own values. The depth and impact of this tragedy can be felt from our mystifying and super-lifting an individual, simply because he spends a token of our commonwealth to build a substandard road for us, and commissions it with nearly the same amount of the cost of construction. What’s more? Every new and incoming government campaigns on the anvil of the most heinous crimes and dysfunctions of the incumbent government with a view to securing the votes of the masses. However, if one doesn’t have the understanding of the dynamics of power and how it relates to human beings, one is most likely to be offered a seat on the table of mammon in a way that’s likely to make one become a tyrant. And, as we know, when warped values become part of the majority, it becomes a problem.