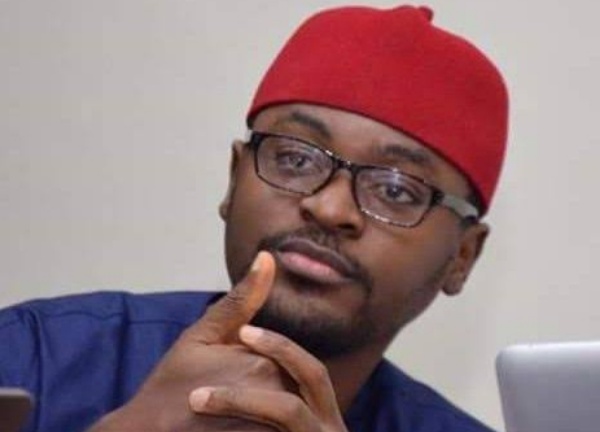 How much money, property does a man need? I am compelled to believe that the faculty for primitive accumulation is a pre-historic flaw of the African species. From Mobutu Sese Seko, former president of the Democratic Republic of Congo; General Sani Abacha of Nigeria, to Teodorin Obiang, vice-president of Equatorial Guinea; Jacob Zuma of South Africa, and many others in the corruption phylum, African leaders and public officers appear to be the most afflicted by the midge of acquisitiveness.

Why would any normal human entrusted with public funds, stash away millions of dollars in tax havens and buy sprawling estates in foreign countries? And most times, they do not live in these houses. I think there is a design flaw with the African public officer; I mean, with the Nigerian public officer.

Diezani Alison-Madueke, former minister of petroleum resources, is reported to have pilfered over $153 million, bought N14 billion worth of jewellery and acquired over 90 properties in Nigeria – according to the Economic and Financial Crimes Commission (EFCC). This clearly shows a psychological kink. It is mindboggling. The longest anyone can live on earth is 120 years, but why the rapacity and predilection for irrational accumulation?

Another former minister is reported to have bought £6.7m London properties while she was in office. When we colligate over 100 million Nigerians stratified as poorest of the poor, decayed health infrastructure and parlous roads with the ghastly and ravenous pursuits of Nigerian public officers, it is even more exasperating. Nigerians slip below the threshold of poverty every minute and Nigeria keeps borrowing religiously to fund its budget, but the country’s wealth is squandered and scattered abroad. It is very vexing.

I think, if possible, there should be some evaluation to check the ‘’greed quotient’’ of people taking up public office in Nigeria. The average Nigerian public officer has shown himself to be a parasitic organism that keeps sucking the national treasury with a proboscis.

Not surprising, Nigerians are ‘’well-represented’’ in the Pandora Papers. The Pandora Papers Project is led by the International Consortium of Investigative Journalists (ICIJ) – which Nigeria’s Premium Times is a part of. The project sieved through and analysed as much as 12 million leaked files retrieved from offshore service firms from around the world. And Nigerian public officers featured prominently in this investigation.
Nigerians, both current and former public officers, have been named ignominiously in reports revealing how the Nigerian elite evade tax, perjure, loot, and shore up questionable wealth in tax havens.

For instance, a certain former governor who had cut for himself an ascetic image in the public eye was reported not to have declared a bulk of his wealth when he assumed office – and he even avoided tax. This politician seeks to lead Nigeria some day. Also, a serving governor is said to have amassed dirty billions stashed away in tax havens.

This governor is said to have been ‘’involved with all the offshore front companies and bank accounts – from the British Virgin Islands to Ireland, Switzerland, England, Guernsey, and Jersey – used to steal and launder billions of dollars belonging to Nigeria under the Abacha regime as a director, signatory on accounts or prime beneficiary, according to US court documents and incorporation filings from the Pandora Papers leaks’’.

A public servant who was recently appointed as the head of a critical government agency was reported to have purchased a piece of property worth 475,000 pounds in London, UK, after he was appointed as an executive director at the agency in 2017. The asset is said to be his largest single investment in the UK property market.

The uncanny thing about the Pandora Papers is that Nigeria’s geographical character is well-captured on the corruption lamina. The federal character of corruption. Public officers from the north, south, east and west have been named on that inglorious list.

Nigeria’s corruption respects diversity and federal character. Resources and public goods may not be equitably distributed among all Nigerians, and even political offices could be sectionalised, but on corruption, there is always a geographical balance. Yes, there is always a perfect ethnic representation at the table of loot.

Where true democracy is at play among the Nigerian elite is on corruption. On corruption, there is common ground. Corruption is the centrifugal force pulling all together in the council of interest.

Really, Nigeria’s problem is an elite problem — conscienceless people who stack up wealth in foreign countries while the country they represent is cannibalised. To this class, Nigeria is only fit for milking, but for healthcare they go abroad; for education for their children, they go abroad, and for other basics, they jet out.

As I said in ‘The colonialists never left – they are Nigerian politicians’ of October 1, 2020,’ impunity and corruption, which reigned under British colonialism, are ensconced solidly in Nigeria’s cosmology today, and are even considered as start-up packages for elitism under Nigeria’s ‘’elite colonialism’’.

Nigeria’s problem is an elite affliction.

We are bleeding Nigeria softly, softly.

OPINION…Tinubu in London: Leaders and dealers!