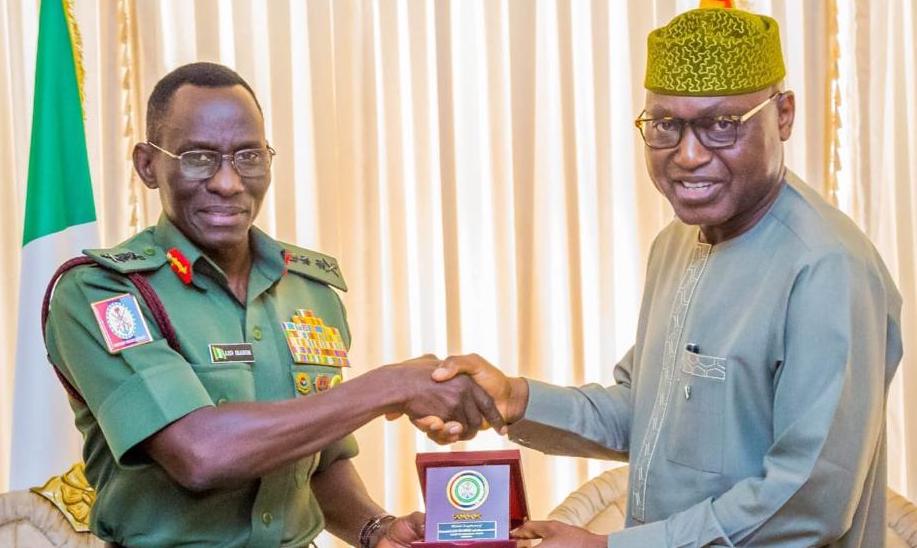 Something that has become abundantly clear to me following the about seven years that I covered the Boko Haram insurgency in Nigeria’s north-east, is that nothing substantial can be achieved when the security of a community is severely compromised. I had a firsthand experience during those years in the heat of the Boko Haram insurgency, where many Borno villagers trekked tens of kilometres to Maiduguri, the state capital, to seek refuge at the internally displaced persons camps. And they were the lucky ones— their friends, families and colleagues having been consumed by the brutal insurgency.

There were days no one could go out once it was 6pm. There was a time when the whole communication system in Borno was shut down. To even drive the about 130-kilometre road from Maiduguri to neighbouring Damaturu, the Yobe state capital, was almost impossible. Need I mention how this insurgency crippled the economic activities of the region. You would drive past hundreds of deserted villages, and see farmlands with the produce wasting away. I have since begun to look closely into matters of security, and it is not surprising that Section 14(2)(b) of the 1999 constitution (as amended) states that “the security and welfare of the people shall be the primary purpose of government.” In essence, a government must secure its people over and above any other endeavour. And this makes perfect sense; before the government can successfully construct roads, rehabilitate classrooms, and build hospitals, it needs to create a safe and secure climate.

Another striking reality in the thick of Nigeria’s theatre of war was manifested in the sharp decline of government’s revenue, increase in unemployment and decrease in investment. The cost of the devastating insecurity was well captured by the United Nations Conference on Trade and Development (UNCTAD) data showing how Nigeria went from an average $5.3 billion annually (2005-2007) to $3.3 billion (2015-2019) in foreign direct investment (FDI) flows to the country.

It is little wonder that the news that Nigeria moved two places down— from fourth to sixth— in the recent global terrorism index (GTI), a slight improvement, was received with some comfort and cheer.

With these reflections on the value of security on my mind, as soon as a former colleague at TheCable told me they were analysing data from the Nigeria Security Tracker (NST), a project of the Council on Foreign Relations’ Africa program, I quickly asked him where Ekiti state stood on the table. NST documents and maps violence in Nigeria that is motivated by political, economic, or social grievances. Its data is based on weekly surveys of local and international media. Trying to ease methodological limitations, NST makes every effort to collect information from multiple sources. TheCable analysis did note that killings carried out by security operatives and the death of suspected criminals like kidnappers, armed robbers, bandits were excluded while extracting the data.

Having checked the efforts of the immediate past administration, and seeing how the new government of Biodun Oyebanji is consolidating on inherited successes, while charting new paths, the information from my former colleague didn’t come as much of a surprise– that Ekiti recorded the lowest number of people violently killed in Nigeria in the year 2022. From TheCable’s report published Wednesday, it may be safe to agree that Ekiti is currently the safest state in the country. With only four reported incidents, this comes as a marked improvement when compared with the 2021 report where Ekiti had 19 incidents, and was ostensibly the fifth safest state in Nigeria. Just in November, 2022 the data from the National Bureau of Statistics (NBS) showed how Ekiti ranked above average in the National Multidimensional Poverty Index (MPI) Report, and if we are connecting the dots, worthy of note is that multidimensional poverty, according to Oxford Poverty and Human Development Initiative, encompasses the threat of violence among other things.

READ ALSO:OPINION…Between Ahmad Lawan And the President Of The Senate: Moment of Truth

Being a governor who is big on human capital and infrastructure development, Oyebanji understands the value of a safe environment as the bedrock for development. There is hardly any policy comment from the governor that wouldn’t feature human and infrastructural concerns. The six pillars on which the governor campaigned, largely centred on human and physical development. To lay the groundwork for fulfilling his policy pledges, upon his assumption of office in October, the governor, barely a week into his tenure, had his first meeting with the heads of security agencies in the state to “discuss our blueprint for a safer Ekiti.”

On October 28, the governor was at the Defence Headquarters in Abuja to meet with Lucky Irabor, the chief of defence staff to further seek military partnership. Subsequently, while receiving Mukhtar Adamu, the commander of the 32 Artillery Brigade, Akure on December 5 at his office in Ado Ekiti, the governor reiterated that “security is key in our plan to make Ekiti state the destination of choice for those looking for where to live, work and invest.” He further gave assurances that his administration would continue to explore areas of collaboration with security agencies “in our quest for a safe and secure state.” While presenting the 2023 budget proposal on November 3, the governor reaffirmed his commitment to paying necessary attention to internal security by working with all stakeholders, including traditional rulers, for a more robust security system.

Again, on January 17, he met with Ekamefa Security Stakeholders to discuss “security measures aimed at promoting peace and stability.” In his three months in office, the governor has continued to engage with critical stakeholders on matters of security, and this has continued to boost the confidence of the people in the state. There is no doubt that this approach will enable the Oyebanji-led government to pursue its six-pillar agenda to meaningful ends.

As someone from the inside, I can say for sure that the governor continues to assess emerging threats, and then ensures mechanisms are in place to tackle these threats. It is interesting to note that the deliberate effort at securing Ekiti also aligns with the sustainable development goal (SDG) 16 where governments and communities are urged to work together to find lasting solutions to conflict and insecurity. There are high hopes and expectations of the state remaining at the bottom of violent killings in Nigeria.

And now that Ekiti is the safest state in Nigeria, there is no better time for investors, within and outside Nigeria, to bring in their businesses. Small scale businesses operating in the state are also expected to do more, leveraging on the conducive climate.

OPINION: Dismantling The ‘Structure’ Of Criminality!