OPINION: One Year On From COVID-19 in Africa, Strengthening The Health System Remains A Top Concern | Ripples Nigeria 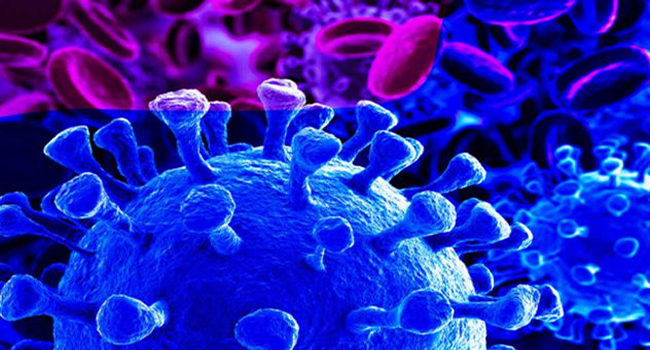 When the COVID-19 ravaged China and other Asian countries, renowned public health professionals and the World Health Organization were concerned about Africa’s readiness and capacity in the face of the looming pandemic. However, as of May 1, 2021, Africa accounts for only 3.0% of global confirmed cases and 3.8% of global reported deaths.

While Africa has been commended at the global level for taking immediate actions in combating the pandemic, the 2021 Mo Ibrahim Foundation Forum Report reveals long-standing and evolving problems in Africa’s health capacities.

The report shows that pre-existing African pledges and frameworks, such as the Abuja Declaration and the Africa Health Strategy 2016-2030, have not been sufficient to address some of Africa’s health system’s structural flaws. Since 2001, when the A.U. set the target of spending 15% of the government budget on health in any given year, only a few countries had met it.

READ ALSO: [Opinion] Where did this Zulum emerge from?

The figures are dismally low when compared to other continents. In 2018 alone, Europe and Central Asia’s domestic general government health expenditure was 72.56%, significantly higher than Africa’s 36.3%.

If Africa would ensure that all citizens have access to high-quality health care without encountering financial hardship due to out-of-pocket expenses, its health financing needs urgent attention.

The pervasive problem of ‘brain drain’

The COVID-19 pandemic response relies heavily on health personnel. And despite the low human capacities (0.2 doctors and 1.0 nurses per 1,000 people), 8,600 Egyptian doctors were accepted into the United States when the U.S. Department of State Bureau of Consular Affairs issued a call for applications in late March 2020.

Economic losses are perhaps the most significant impact of the growing brain drain. According to the report, the cost of training a medical doctor in Africa ranges from $21,000 to $59,000 per nation. Since 2010, Ethiopia, Kenya, Malawi, Nigeria, South Africa, Tanzania, Uganda, Zambia, and Zimbabwe, have lost more than $2.0 billion due to training doctors who migrated.

The destination countries do not cover the cost of training African doctors that they recruit. For example, one out of every ten doctors in the United Kingdom is from Africa, saving the country an average of $2.7 billion in training expenditures. Similarly, the United States, Australia, and Canada save $846 million, $621 million, and $384 million respectively in training costs from African doctors employed.

Africa’s health capacities: the lowest at the global level

According to the report, Africa has an average of 135.2 hospital beds, ICU beds per 100,000 people average 3.1, ranging from 0.53 in low-income nations to 8.6 in upper-middle-income countries and 33.1 in Seychelles, Africa’s only high-income country. Only five African countries have more than 100 ventilators: Ethiopia (557), Libya (350), Kenya (259), Ghana (200), and Nigeria (200). The United Kingdom government placed an order for roughly 10,000 mechanical ventilators in 2020, which is more than the total number of mechanical ventilators in Africa combined.

The success of the African Vaccination Acquisition Task Team (AVATT), established in August 2020 by the African Union Chair, President Cyril Ramaphosa, to lead the continent’s COVID-19 vaccine policy shows Africa must turn within to address its challenges.

Preparing for the next pandemic

The report by the independent panel set up by the WHO to assess the lessons learned from the COVID-19 pandemic reveals that the pandemic resulted from gaps and failures at critical stages of outbreak preparedness.

Africa’s preparation for the next pandemic has to start by strengthening its failing health system.

Related Topics:AfricaCOVID-19Health System
Up Next

OPINION: Why APC politicians are terrified by e-transmission of votes

OPINION: The insecurity and crisis that 2023 elections provoke