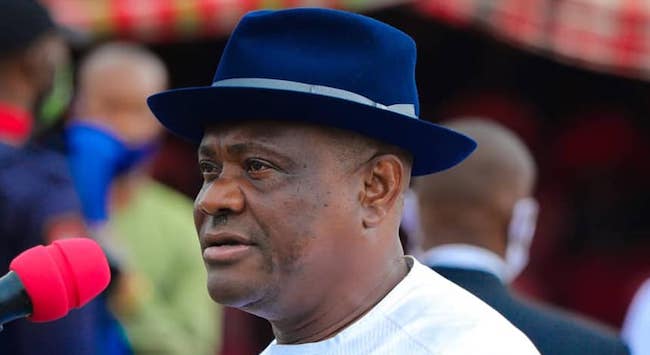 ‘’Restructuring Nigeria’’ is a quandary. There is no concord on the complexion or dimension which the re-engineering of Nigeria should take. There has been a cacophony of arguments, but one opinion which a good number of Nigerians hold is that the orbital states that make up the country should determine, manage and control their own resources. This is reasonable.

It will be duplicitous to argue that the present complex is sustainable or rewarding. It is clearly not. We have been on this tenuous scaffolding for decades without measurable progress. Really, it makes no moral sense that the accruals from certain states are prodigalised among other states which seem not be making efforts to become financially viable. What this system has created is indolence and a predilection for sponging off the federal government.

States naturally should be self-sustaining and competitive. What is the sense in creating states that end up sticking their proboscis deep into the national wealth bank, running it down with every gulp? This charade has effectuated stunted development across the board. While the productive states do not have enough for developmental projects and have to borrow in deficit, the beneficiaries of the ‘’papa-dash-me system’’ cannot drive themselves to growth. Both the giver and the taker are suspended in a loop of unrealised potential.

States should be able to compete on the basis of innovation, education and productivity. No state in Nigeria – whether in the north or in the south – is economically unviable. But the current arrangement is sapping them of the needed oomph to drive their development.

For example, Zamfara is the state with the highest gold deposit in Nigeria. This is in addition to other minerals which are in commercial quantity — asbestos, columbite, chronite, iron ore, manganese, marble, lithium and tantalite. This alone is enough to make the north an affluent region.

As a matter of fact, it is an exertion of ignorance and bigotry to say the north brings nothing to the national till. The north is blessed with tremendous resources enough to be self-sustaining. But the defective system is also holding it down. Most of the mineral resources in the north are unquickened – because of the flawed structure. So, it is only logical to say, all are victims of the impaired set-up.

According to a report by Economic Confidential, a financial intelligence magazine, six states – Lagos, Rivers, Kaduna, Ogun, Oyo, and Anambra generated more internal revenues than 30 other states put together in 2020. The report says eight states are insolvent.

Why should any state in Nigeria be in the red – when all of them have the latent capacitance to be economically fecund? It is lucid that the present complex discourages innovation and retard the development of the states. So, should there be a tilt towards economic independence by the states? I think so but within the bounds of the constitution.

Nyesom Wike, governor of Rivers state, asserting the right of his state to collect Value Added Tax (VAT) did a derring-do no doubt.

In August, a federal high court in Port Harcourt issued an order restraining the Federal Inland Revenue Service (FIRS) from collecting VAT and Personal Income Tax (PIT) from the state, and directed the Rivers government to take charge of the process.

The epochal judgment compelled the FIRS to file a stay-of-execution application. But the court declined to grant the application.

It is judicious that our laws are tested on matters of this character. Already some states like Lagos and Adamawa are mulling following the Rivers example. I believe this will only precipitate economic restructuring and push the states to be forward-thinking and innovative.

However, there seems to be some politics to the Rivers’ feat. Wike’s politics has always been belligerent, caustic and brash. The governor, by his utterances on the case, appears to be foe-fighting. By making infantile statements like, ‘’Rivers VAT not for Abuja people’’, and threatening to seal off FIRS offices in the state, the governor is betraying his real intentions. This may not be about Rivers people, but about Wike’s personal agenda.

I do not think any rational Nigerian will resist a process that will spur the development of the states, but Wike should desist from seeking ‘’restructuring’’ with a machete.