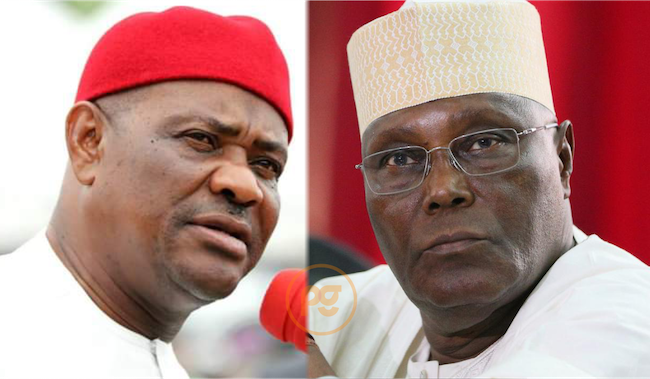 After donkey’s years of military reign in Nigeria, democracy was obstructed by a bloodless coup d’etat in 1983 favouring General Muhammadu Buhari, now the democratically elected President of Nigeria, as the head of state after four years of the late former President Shehu Shagari, a democratically elected president who ruled from 1979 to 1983, later died in the year 2018.

Autocratic means of governing the Nigerian people continue to triumph in the nation enhanced with several military successions and a figurehead interim civil reign, not until the year 1999 that the nation welcomed a modern democracy.

The People’s Democratic Party, PDP was formed in the year 1998 having its first primary election held at Jos, plateau state in February 1999, a convention that produces the former military leader Olusegun Obasanjo as its presidential candidate who had just been released from detention as a political prisoner.

PDP won every presidential election in Nigeria from the year 1999 to 2015. Governmental administrations led by PDP ruled Nigeria for an uninterrupted period of sixteen years. Eight years of former president Obasanjo. Three years of late former president Musa Yar’Adua and five years of the immediate past president, Goodluck Jonathan, a man who seek re-election but was hurt by the majority of Nigerians failing to get him back into office despite his power of incumbency.

Democracy in Nigeria is getting more advanced as days continue to stretch. The nation’s constitution adopted a multiparty system of democracy—Political parties in numbers competing with each other with strategy and ideology to win the hearts of Nigerians.

A twenty-five years old political party, PDP which governed the nation for a decade, yet, failed to assemble its grounds ahead 2023 presidential election. It’s been attacks upon attacks, enhanced with heavy disharmony among the members of the political party, resulting in disarray.

Atiku Abubakar, a seventy-five years old Nigerian politician eyeing the presidential seat, bidding to be the next president in the 2023 presidential race despite contesting for five times in the previous elections with utmost political desperation. Atiku was the surrogate to former president Obasanjo and was later removed from office by his principal for allegedly engaging in misconduct.

Atiku Abubakar has been showing interest to be the first citizen of Nigeria since the year 1992. he contested primaries with late chief MKO Abiola in 1993 in Social Democratic Party SDP, before the advent of modern democracy in the year 1999.

Despite his remover from office in the year 2007, he dumped PDP for the Action Congress of Nigeria ACN, to further pushed his presidential ambition, he contested primaries in the political party. In the year 2011 he moved back to PDP, he contested primaries with former president Goodluck Jonathan. In the year 2015, he left PDP for the All Progressive Congress APC, now the ruling party losing primaries to President Buhari. Through his usual habit of political prostitution, before 2019, he made U-turn returning to PDP appearing on the presidential ballot for the second time losing the election to president Buhari the candidate of the APC—an election result he challenged up to the Supreme court level, failing in the end.

Regardless of his previous attempts to earn himself the prestigious honour of the Grand Commander Federal Republic of Nigeria GCFR, after failing five times, Atiku wants to make another iconic history again. Surprisingly, in February 2022, he threw his heart in the ring, bidding to contest the presidential election in PDP again, ahead 2023 presidential election.

Trouble Maker — From Bottom To Top

In another twist of fate, Nyesom Wike, a fifty-four years old Nigerian politician, the incumbent governor of Rivers state who is also a brand member of PDP eyeing the presidential seat in the 2023 presidential election. Wike is considered to be one of the most favoured politicians who started their political careers from scratch. Wike began his political career as a local government chairman of Obio-Akpor LGA in Rivers state. He moved on to be a cabinet member in Rivers state. He later got appointed as the minister of education, and currently, he is a second-term governor in Rivers state.

Wike decorates his political status by maintaining to remain in PDP since inception he ventured into politics. He is recognized to be among the most loyal and active PDP members in history.

He is known for being an outspoken politician who always goes with a strong conviction for whatsoever pleases him. From bottom to top, Wike is consistently growing wings, re-creating new stories in the history of the nation’s modern politics, and affiliating with political friends and enemies regardless of political party.

As an opposition party after losing the presidential election in the year 2015. PDP ceases not to relent in its voice over the lawlessness and the impunity of the ruling party. Fifteen aspirants contested to be the party flag bearer paying an amount of 40 million Naira to join the race to contest in PDP.

Two heavyweights Peter Obi and Rabiu Kwankwaso considered leaving PDP to seek an escape route for themselves. The two of them later emerged as the flag bearer of their political party, Labour party LP and New Nigeria People’s Party NNPP, respectively. Peter Obi left two days prior to the primaries after facing defense by the party’s screening committee.

Atiku won PDP primary election with 371 votes of the total votes, while Wike emerged as the runner-up with 237 votes. After the convention, happiness in the face of the winner, meanwhile murmuring and groaning are found within the supporters of loser. Wike also took uncomfortable time to lament over the disappointment he received from those he considered traitors, PDP party delegates from Southern Nigeria who voted in the election.

Wike believes most party delegates sold out their conscience in exchange for money. He alluded to the fact that the PDP convention was a treasure blast, ground-for-money contest–an event of Dollar-carnival.

Inclusiveness they say it’s part of what makes good democracy. Some prominent PDP members are worried and concerned projecting to be left behind in the picture of affairs of the PDP at the national level.

So far, its inception birthed Atiku Abubakar, a Northerner as the flag bearer of PDP for the 2023 presidential election. Wike and other governors are seen dividing the political party with harsh talks and declaring not to support their party candidate in the election. Political analysts keep overemphasizing that such a move is undemocratic.

A portion of the PDP constitution, article 7, section 1 and 2 discuss rotation and power shift within the Political party. “Adhering to the policy of the rotation of the party and public offices in pursuance of the principle of equity and justice ”.

The aggrieved party members believe that southern extractions are being deprived and overridden to have heads in the party. The argument is tied down clamoring for the resignation of the Party chairman Iyorcha Ayu who hails from Benue state, Northern Nigeria.

Some PDP incumbent governors are practically working against the ambition realization for their party’s candidate. Incumbent governors like Samuel Ortom of Benue, Seyi Makinde of Oyo, Okezie Ikpeazu of Abia, Ifeanyi Ugwuanyi of Enugu, and the leading Nyesom Wike of Rivers.

Political Analysts argued that if this ugly disconnection continues to trail, it may yield a ‘bad ending’ for PDP giants, ceasing to learn from previous mistakes.

Twenty-four years of modern democracy in Nigeria with several presidential elections held periodically five times. The usual tradition is a competition between the two leading political parties reigning within the frame of time, usually the PDP and another major party.

The story has seems changed in this era in line with democracy advancement and the crestfallen tragedy reoccurring internally among party members of the PDP. Two heavyweights disassociated themselves from the PDP. Obi and Kwankwaso who later emerged as the flag bearer of the LP and NNPP respectively narrow the strength for PDP to winning the presidential contest come 2023.

If PDP and Atiku lose the election to other political parties and presidential candidates respectively, it is going to be the third failed attempt for PDP and the sixth head-pushing for Atiku, given that PDP would lose realms for controlling the nation’s affairs for an uninterrupted twelve years since 2015.

The People’s Democratic Party PDP is segregating internally. The chances of winning the forthcoming presidential election are very slim. The party executives are pulling their legs, likewise, the party members are dwelling in pride –failing to mediate the awkward situation for themselves. PDP members are forcing hope on the bad performance of the present governmental administration, rejecting to accept that the 2023 presidential election is a serious war for the survival of the fittest.

OPINION: Off to Afghanistan