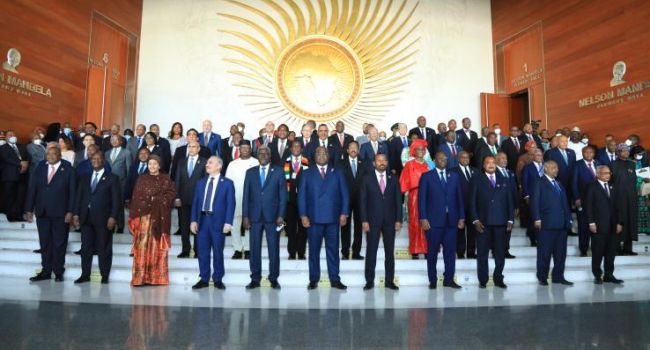 The narrative that tends to dominate Africa is that of a supposedly ‘dark continent’ where, perhaps, life remains very brutish, nasty and short. The temptation to concur is very high, what with the imageries of war, hunger, disease and deaths that daily assail the sensibilities of those with access to media.

In sharp contrast, critics hold up the model of the much-talked about advanced economies as standard bearers, shoving into our sullen faces romantic pictures of good life, defined by easy access to food, shelter, clothing, health and every other thing that makes living meaningful.

This is certainly not a time to begrudge the developmental strides recorded in other climes, as the world has long equated the gains of human progress with the rising level of life expectancy in various societies.

This is why it may also serve little purpose to continue to push the argument of ‘how Europe underdeveloped Africa’ when most of the continent’s emerging leaders have shown poor vision and little capacity for harnessing Africa’s enormous human and material resources. The only consoling factor being the weather-beaten claim that Africa remains the cradle of civilization. But how true?

Back to the subject of life expectancy, therefore, it is important to take a shot at how Africa has fared over time, and why the seeming positive shift leaves little room to cheer.

This is what I found. Though Africa has, since 1925, seen a steady rise in its average life expectancy, climbing to about 60 years in 2015, having stayed at 26.4 years of age for over a century, the performance still leaves the continent at a comparatively lower rung of the ladder.

Africa’s comparative tale in the healthcare system means more needs to done to close the gap between it and the rest of the mature economies. Perhaps, the marginal gains of the past few years may have been accounted for by the ‘Abuja Declaration’ of April 2001 during which African governments resolved to dedicate at least 15 per cent of their annual budgets to the health sector.

Nearly two decades later, a cursory search indicates that only about seven countries namely: Rwanda, Botswana, Niger, Zambia, Malawi, Burkina Faso and Togo, have met the Abuja target. Sadly, in 60 per cent of the continent, the World Health Organisation reports that health sector share of total government expenditure remains below 10 per cent.

For instance, Nigeria, adjudged as one of Africa’s biggest economies, failed to match its 2001 resolution when, in its 2021 annual budget, it allocated less than 10 per cent to the health sector. In fact, the budget for 2021 proposed N547 billion for healthcare, representing about seven per cent of the budget’s total of N13.08 trillion.

A simple arithmetic shows that the amount translates to about N2,735 per Nigerian, given the country’s population of about 200 million people.

That 60 per cent of African countries are unable to deliver, on a healthcare promise made about two decades ago, shows a clear lack of will on the part of most, and should leave no room for celebration of any sort.

The call to sobriety is informed by concerns that more Africans may slide into the danger zone if its political leaders continue to pay lip service to the health sector, even as the world
rises to the scare posed by autism and malaria.

So, let us not be corralled into a premature dance party. Autism is a growing scourge and, just as the world had done in the last 15 years, April 2 was marked as the annual World Autism Awareness Day, with a theme, ‘Inclusive Quality Education For All.’

How is Africa positioning to tackle this troubling health disorder? In the wake of poor infrastructure, one can only hazard a guess or build scenarios. What is, however, clear is that many African children with autism are kept away from prying eyes —sometimes tied up, almost always undiagnosed and stigmatized. The situation is not helped by the fact that no cure exists for autism spectrum disorder (ASD).

Beyond the pervasive adhoc measures instituted by most governments across Africa, it is time to nudge corporates in the continent into action through well structured partnerships that would complement other global interventionist efforts.

The other health scare which gained global mentions in April is the malaria pandemic which effectively ravages 91 countries of the world. As World Malaria Day took front seat April 25, nations of the earth were reminded that every two minutes or so, a child dies of malaria. But no where is this more prevalent than Africa.

Indeed, UNICEF reports that of the 1-3 million deaths recorded each year, the overwhelming majority are in children aged 5 years or younger, and 80-90% of the deaths each year are in rural sub-Saharan Africa.

In terms of spread, the report also holds that four out of five malaria deaths occur in one of 15 countries: Nigeria, the Democratic Republic of the Congo, India, Mozambique, Ghana, Angola, Uganda, Mali, Burkina Faso, Kenya, Tanzania, Cameroon, Niger, Guinea and Chad.

Bringing the issue closer home, more than one in three malaria deaths reportedly occur in two countries: Nigeria and the Democratic Republic of the Congo.

Africa’s health horizon, no doubt, looks cloudy even as the continent strikes marginal gains in the area of life expectancy. Buffeted by infrastructural challenges across many fronts, the biggest obstacle to rapid growth and development appears to be the lack of political will to sustain the gains of today.

The continent’s leadership must, therefore, thread with cautious optimism and resist the urge to roll out the drums in celebration of meager achievements when the larger pursuit should be to scale Africa’s capacity to leverage its enormous endowments and stay competitive against the rest of the globe.

OPINION…2023: The need for a third force

OPINION: Why are ethnicity, zoning dominant issues of 2023 elections?