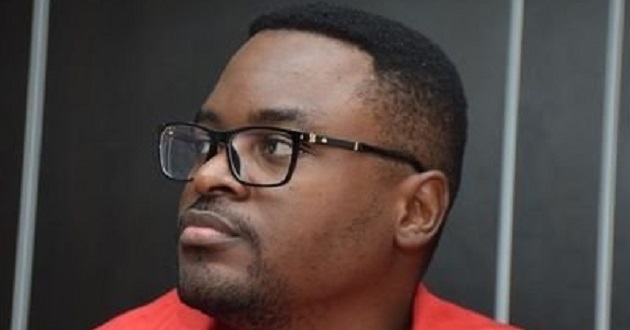 The Igbo hold life dear. The sacrality of life is ensconced in Igbo cosmology. ‘’Igbu ochu’’ (murder) is considered the most deadly sin in Igbo land. In fact, in the old days where murder is committed, the community will have to proceed on many days of cleansing of the land and atonement for the crime. But what changed?

It is also popularly assumed that the Igbo are natively non-belligerent and that they cannot in any circumstances resort to taking innocent lives violently. Really, the Igbo are a peaceful people, but recent events in the south-east have cast a doubt on this assumption.

Without a doubt, there are genuine grievances regarding the south-east and national government relationship, but these grievances, whether injustice or inequality, are not circumscribed to the south-east. Every Nigerian is aggrieved. Every region — north, south-west, south-south — has a bone to pick with the leadership. All the regions in the country are marginalised as regards the equitable distribution of resources to the people.

To put it clearly, every region is marginalised. But a more factual statement will be ‘’all Nigerians at the bottom rung of the social ladder are marginalised’’. Nigerians are victims of the carnivory of the elite. It does not matter whether they come from the north or the south. We are all victims of elite conspiracy regardless of where we come from.

It is agonising that the scions of the south-east are turning their region into Aleppo in Syria. Who brings violence and war to his own home? As of 2019, the south-east was reputed to be the safest region in Nigeria. It was also buoyant and fared well on the development index. All of that is tumbling down.

The killing of police officers — some of them Igbo — the targeting of northern residents; the destruction of property and arsoning of police stations are tragedies that should have never been allowed to happen. This cancer was fed and allowed to metastasise. The Igbo nourished this beast that is now gnawing at their groin. When the serial murder of police officers began, some applauded the effort of their killers on the inscrutable assumption that the police are in cahoots with criminals to destroy Igbo land. Now, the destruction of the region is not by the hands of some herdsmen or bandits, but by the might of the sons of the land. How is irony defined?

Igbo citizens who hold contrary opinions to the ‘’group sentiments’’ are threatened with violence. This puts a disturbing aspect to the secessionist agitations – if all views must be unitary. The Igbo have never been known to be herded or conscripted into a tyranny of opinions and actions. The Igbo are known to be republican; open to robust arguments and subjecting every thought to scrutiny. But what changed?

The killing of police officers in the south-east has been unmitigated and security agencies appear to have left the people to their own fate. Armed robberies have returned at scale. There are lamentations everywhere. A lady shared an experience of how a mechanic she paid upfront to fix her car in Anambra absconded with the money and automobile, and even threatened her while bragging, ‘’there is no more police in the south-east’’. Cultists and street lords have assumed control of interest areas in the region. There is fear and chaos everywhere. Life has become nasty, brutish and short in a once peaceful region.

As a matter of fact, we are on a familiar path albeit a treacherous one. The signs are ominous. A Nigerian born in 2000 can tell how Boko Haram started in the north-east. Security agents and formations are often the first to be targeted by militant groups. When they are taken out, the people become defenceless and a new order of violence by armed gangs reigns. Security operatives are being killed and security facilities destroyed in the south-east now. After the security scaffold is decimated, innocent residents and even those gloating over the revelry of blood may become the next victims.

Already, there are displaced persons living in IDP camps in parts of Ebonyi state — displaced as a result of internecine clashes among communities. And with the prevailing savagery by the secessionist group, there is bound to be more refugee problems in the south-east – if the attacks persist. Where does that leave a people whose preoccupation is buying and selling?

We cannot end this barbarity if we do not agree. If some choose to keep native sympathies for those taking innocent lives, how then can the bloodletting stop?

It is all in our hands.

Related Topics:Crisisinsurgencyrefugeesouth east
Up Next

[OPINION] An undesirable opportunity for a paradigm shift

[OPINION] Is creativity the silver lining for unemployment amongst the youth in Africa?