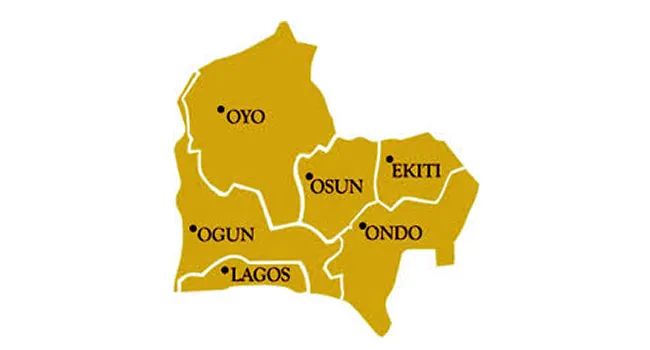 The election of President Mohammadu Buhari alias PMB in 2015 is what Nigerians have come to call the “mistake of 2015”. It was a blunder of unimaginable proportion that has put the nation in a state of topsy-turvy. The coming of the APC regime has unearthed a lot of things about the Nigerian people. One thing that has always been there about the Nigerian people but which was laid bare in this dispensation is the political behaviors of the various Nigerian people especially those that are said to be the major ethnic groups. The Fulani has been portrayed as people who cannot share power or co-habit with others and whose allegiance is not to the country but to the lost empire of their forefathers. Ndigbo may appear lethargic and naïve politically but are clearly ahead of others in terms of their electoral decisions.

The Yoruba of the South West have been exposed as people that play politics of grandstanding and exclusion, who pay lip-service to national unity. When (PMB) made his infamous 95:5 percent dichotomy statement many people castigated him but I pointed out to people around that it was not just PMB revanchist idea, it was the party’s crude policy of power sharing. The All Progressives Congress (APC) has the Yoruba dominated Action Congress of Nigeria (ACN) as the main legacy group that formed the party and before the 2015 election all political offices in the party had been zoned out with the exclusion of the South East region because according to them, the party has no stronghold in the South-East. This was the reenactment of what the Yoruba dominated Social Democratic Party (SDP) did in 1992 when the Adekunle Ajasin led zoning committee zoned every party office to other regions with the exclusion of the South-East on the lame excuse that the party has no roots in the region, given that of the four governors in the region, only one Chukwuemeka Ezeife of Anambra State belonged to the party while the rest were members of National Republican Convention (NRC). And when Arthur Nzeribe protested against it, M. K. O. Abiola the party’s presidential candidate told him that he can do without the Igbo. And the rest is history.

In the build up to the 2019 General election Raji Fashola the former Lagos State governor and a serving minister in the current regime was quoted to have asked the people in his region to vote for the continuity of the present government so that by the year 2023 power will shift to their region. His appeal was not predicated on performance of the present regime, the party ideology or programs but on primordial consideration. And this time Bola Ahmed Tinubu reechoed the same sentiment when he averred recently that it is Yoruba turn to be produce the president of the country. In other words, there was an understanding or a pact between the Fulani and the Yoruba to share power to the exclusion of other ethnic nationalities.

In 1999, Dr. Ogbonnaya Onu of All Nigerian Peoples Party (ANPP) won the ticket for the presidential election but make the sacrifice by relinquishing his position when his party formed an alliance with the Alliance for Democracy (AD) in other to produce Yoruba-Yoruba ticket. Ndigbo voted overwhelmingly for PDP against APGA for the emergence of Chief Olusegun Obasanjo (OBJ) even when his kinsfolk rejected him. And even when OBJ served his term and left, the party zoned the position of the Speaker House of Representatives to the South-West; first, to Patricia Etteh and then Dimeji Bankole when the former was impeached, despite the fact that the party has no roots in the South-West region.

But a look at APC will show a sharp contrast. APC has proved to be a sectional party of pretenders and unconscionable politicians that treats other parts of the country with disdain. The President and the president of Senate are from the same region and the same religion. The Vice-President and the Speaker House of Representatives are from the same South-West with the exclusion of the South-East. And now the South-West is leading the clamor for power shift to the South with the intention of grabbing it as well.

If the Yoruba South-West want power to rotate between North and South, they must also allow it to rotate between the political blocs in the South as well otherwise they should keep quiet and allow the democratic process to play out. It is hypocritical to talk about power rotation when you are not willing to practice it. The South has three political blocs—South-East, South-South and South-West—recognized by the constitution. Some states in the South notably, Anambra, Enugu, Delta, Abia among others have successfully and seamlessly demonstrated the rotation of the office of the governor among the three senatorial districts.

In the current democratic dispensation, the Yoruba have taken its own turn through OBJ and have also produced the Vice-PresidentP and House of Reps speakers. The South-South has produced Goodluck Jonathan as president. The office of the President should go to the South-East for equity, fairness and justice. Ndigbo has amply qualified people for the office of the presidency both within and outside the APC fold. Dr. Ogbonnaya Onu the first governor of Abia State, Dr. Chris Ngige, Rt. Hon. Rotimi Amaechi just to mention but a few are tested and competent.  Outside the APC fold, you have capable individuals like Peter Obi, Okonjo-Iweala, Chukwuma Soludo…Do I hear you say: you fight for power? Yes, that is what you always hear when it comes to issues of South-East. They will put forward some superannuated political theories to justify their Mephistophelian policies against Ndigbo. You will hear theories of punitive retribution, and balance of power and all that just to retain the status quo.

The play out in the current dispensation shows that the South-West has disdain for the Igbo. That is why every government that tends to identify with everybody including Ndigbo is branded a bad government by the Yoruba dominated press. It has been pointed out by informed commentators that the Yoruba drove out Jonathan for no other reason but to spite the Igbo. Since the commencement of the current electioneering campaign, Tinubu has toured the country including a visit to UK but has not visited South-East and instead invited South-East delegates to a meeting in Abuja. What impudence!

If the Yoruba has no intention of rotating power among the constituent units that make up the Southern Nigeria then, they have no justification, legal or moral to demand rotation of power from the North. It is like the Yoruba man conception of Southern Nigeria is the region between Lagos and Illorin and Abeokuta and Ondo. This narrow conception and disdain for other regions has worked against the unity of the South and the entire nation at large. It is difficult to reach a consensus and goal congruence. It breeds bitterness and mutual suspicion and recrimination. Democracy in a plural and multi-cultural entity like Nigeria should involve openness, robust engagement and inclusion for national unity and peaceful co-existence.

Clearly, the winner-takes-all mentality of the Yoruba man is a serious impediment to cooperation among the people of Southern Nigeria. The unity of Southern Nigeria will mean the unity of the entire country. We cannot lose sight of the obvious implication of the political behavior of the Yoruba nation. First, it portrays them as the late S. G. Ikokwu observed as a people that cannot rise beyond ethnic and regional politics. It appears all that matters to them is: the enthronement of ‘my people’ irrespective of performance or qualification. Secondly, it shows a people with do-or-die or power-at-all-costs mentality; a people with inordinate desire for power, who cannot do without the perks of office. Again, it may portray a people that have little consideration for others and who may substitute mediocrity for meritocracy for primordial sentiments. Furthermore, their political behavior shows people that have poor notion about politics and governance. This is exemplified in their celebrations of the failure that the APC government is. Osinbajo said that he wants to consolidate the good works of the regime that is a colossal failure in all ramifications. Moreover, it indicates that the people cannot learn from the past mistakes and political miscalculations. In all of these, we see politics without clear-cut ideology and philosophy other than ethnic irredentism and political grandstanding, hypocrisy and deceit.

Related Topics:ObasanjoOPINIONSouth West
Up Next

OPINION: Atiku, Tinubu should embrace south-east and end the apartheid