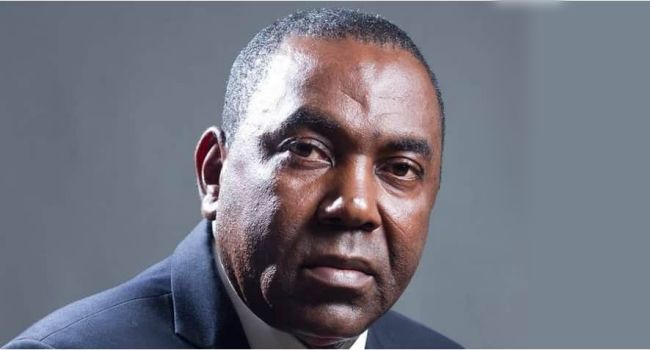 The presidential primaries of the Peoples Democratic Party (PDP), held in the twilight of May 28, 2022, set off fireworks of mixed feelings in different parts of the country. For veteran presidential contender, Alhaji Atiku Abubakar, and his supporters, it has been an all-night dance of victory. His overwhelming victory at the elections held in Abuja speaks strongly of his eternal political relevance and, for some people, an unrelenting strangulating influence within the PDP.

On the other hand, there are expected to be long faces in the camps of Rivers State Governor, Nyesom Wike, on the one hand, and Bukola Saraki, former Senate President, on the other. Supporters of these candidates would either be jubilating or mourning by now for different reasons.

Long before the contest, those who know the PDP and the dynamics of the Nigerian political environment had predicted a victory for Atiku Abubakar. With money freely thrown around and Nyesom Wike of Rivers aping the giant frogs of the creeks on land with his gratingly raucous voice, it was clear to watchers that the only candidate that could stop Atiku was Atiku himself. This conclusion was spiked with the departure of Dr. Peter Obi from the race, allegedly after learning of a gang-up by the north to mobilise for the return of one of their own.

Atiku will be 76 during the coming elections in 2023, and should he win, will finish his constitutionally entitled two terms at 84. Atiku is a veteran in the struggle. He had his first shot at the presidency while still serving as Vice President to Chief Olusegun Obasanjo and by 2014, he tried his luck with the APC, having been locked out of the PDP by his former principal.

His return to PDP after being thrashed by President Buhari during the party’s primaries in Lagos set the stage for a continued battle that has now seen him emerge as the presidential candidate of the party for two consecutive election cycles.
But this article is actually not about Atiku’s staying power in presidential contests despite serially failing in the past. Atiku’s victory has left in its wake, crowds of wailing losers and jubilant winners. Because of the sheer weight of the losers, when compared to the winners, I will start by discussing the latter before the former.

1. Rivers State: While Nyesom Wike’s guttural voice was pitching his now vanquished candidature to the delegates of his party at the Eagle Square, Abuja, thousands of hungry Rivers State indigenes were gathering at an event in Port Harcourt, where a pastor was giving free access to food and other groceries. It was reported that despondently hungry people had started gathering at the venue a day ahead of schedule and before the organisers arrived to share the vouchers for the event, strangely dubbed, “Shop for Free,” these desperate Nigerians stirred a volcanic stampede that left as many as 50 people dead.

Wike announced his arrival at the convention grounds in Abuja with sickening, Nollywoodish aplomb. A convoy of 36 busses was captured on video, driving into the arena of his convention, its sheer length and intimidating dark green branding screaming of the governor’s intention to bully and intimidate his opponents.

Wike’s show in Abuja became a nefariously insensitive obscenity with the deaths of people in search of food at the church event. When he has wasted in the wild good chase could have made a significant difference in the lives of his people. Let us explain this with some arithmetic.
Those buses in that convoy, would not cost anything less than N20 million each unless they are fairly used buses. This means that those 36 would have cost about N720 million. Add that to the dollars the governor allegedly doled out to delegates and the “kola” he had been dropping at party offices while stomping the country in search of votes. Let us also believe the credible rumours that the governor had voted $20,000 for each delegate. This means that there was more than $16 million circulating among delegates while Rivers State people were stampeding to death. That’s more than N10 billion! It is not as if this governor is a Dangote or some other billionaire. The only business he has ever done is politics, meaning that the only money he has ever managed is public money. Such obscenity.

• North Central Nigeria: Each political cycle in Nigeria highlights the country’s obnoxiously centrifugal underbelly, reminding us that the frequent chants of unity, even among people from the same regional politico-cultural bloc are like the whited sepulchers hiding death and decomposition.

Senator Bukola Saraki was rated as one of the top contenders and spent a greater share of his campaigns in the north. For him, the block votes from the north were enough to give him victory. He did not worry so much about the Southeast and Sough-south (save for Edo State), where it appeared Nyesom Wike had held sway.

But Saraki, like his later father before him, had been reminded that there is a difference between the northerners from the north-central and those from the politically so-called “core-north.”
Media reports of a meeting held by the northern elders’ forum point to an agreement to produce a candidate of northern extraction and that was what informed the withdrawal of Governor Aminu Tambuwal from the race. It was reported he was asked to step down for Atiku to strengthen the chances of the former Vice President.
What this means is that the “One-north” we all hear in the larger political scheme of things extends only from the left to the right of the map and does not descend anywhere downwards.

• The Peoples Democratic Party: At 75, Alhaji Atiku Abubakar should be on a steep descent in his wit, strength, presence of mind, and everything it takes to govern a country as complicated as Nigeria. President Buhari is having a torrid time on the job as it were. By electing Atiku to fly its flag, what PDP is saying is that there has not been any generational shift in its leadership since 1999. Vice President Atiku Abubakar has been at the top echelon of the party for over 23 years. It means that the person that was born on May 29, 1999, when Atiku was first sworn in as Vice President of Nigeria is already qualified to run for office.

The emergence of Atiku is reflective of PDP across the country. From Sokoto to Bayelsa and from Lagos to Borno, it is the same set of leaders that were at the helm the very day the party was formed that still struggle to control things.

This speaks of a political party that is aging, or has aged and I doubt if, without intentional regeneration, there will still be a PDP after the next eight years, and even that is dependent on if Atiku wins the presidency in this cycle. An opportunity for a generational shift has been lost.

• The Southeast: The moment Peter Obi was squeezed out of the PDP, everyone that has followed the politics of the southeast knew it is nunc dimitis for this zone. The unwritten zoning arrangement of political parties in Nigeria clearly favors the southeast and hopes were high that the party was going to remain faithful to this by allowing a southeasterner to fly its flag. The dirge to this dream started slowly, then crystallised into what looked like an agenda of other regions, including the south-south which got 100 percent support during the era of Goodluck Jonathan, to ensure the east was denied. If there was anything Nyesom Wike accomplished during his campaigns, it was to insult, hound, and excoriate Peter Obi. He was so successful in this enterprise that the two remaining governors of the party in the zone joined him to show contempt and indifference to the aspirations of one of their own, an aspiration that was supposed to be elevated as that of the entire region.
Years of loyalty to the PDP have not rewarded the southeast. In the years to come, it does not even look like it will.

• The Nigerian youth: Not too long ago, the “Not too Young to Run” catchphrase assumed a policy form in Nigeria, and expectations were high on the possibility of younger people nurtured to take high political offices by this term. Well, the ages of all the 14 people that squared up at the Abuja Convention speak of how high up the youth has risen in the ranks and estimations of the PDP.
Like it or not, we are still on the gerontocratic path, even if the PDP takes the baton from APC come 2023.

1. Atiku: Alhaji Atiku Abubakar has proved beyond doubt, that he is strong, indefatigable, and possesses the staying power and resilience to remain a force to reckon with, despite his serial failures in Nigeria’s presidential contests. This may be a quality that might work well for him, and perhaps for the country. His level of dedication and consistency is second to none. The calculation is that with block votes from the north, and especially if the ruling APC fails to handle its own succession with tact and care, Atiku might have an easy ride to the presidency this time around.

• The North: The north is increasingly looking like it is eating her cake and having it, in Nigeria’s political selection process. The emergence of a candidate from their zone is likely to fuel the belief that they hold the aces as far as who emerges as Nigeria’s president.
This feeling is however being tempered by the tiny voices of younger, more egalitarian segments of the population, whose cries might torpedo the current leadership structure for a more balanced Nigeria.

But loud as this voice might get, there is not any likelihood that they would ever find fulfillment in the PDP.

OPINION: A tale of three frauds