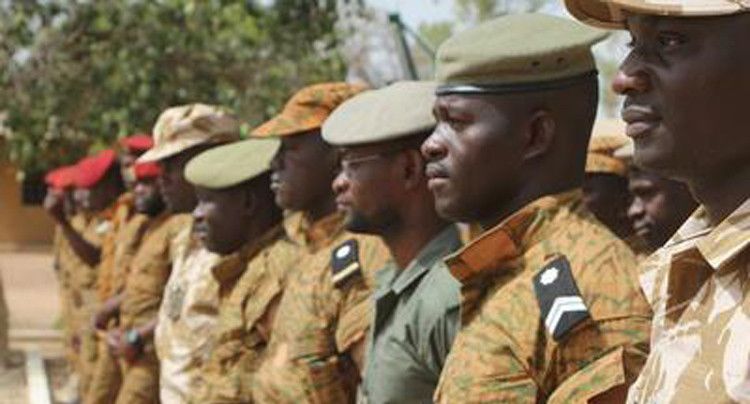 After many years of colonialism by the French, the English, the Portuguese and the Belgians many African countries gained independence in a blaze of glory in the 60s and 70s. Following the political independence the African factor soon set in, a factor of mismanagement, of incompetence and of man’s inhumanity to man. The elite who took over from the departed white men sought to consolidate power. Internal wranglings and contradictions metamorphosed into disunity of purpose and degenerated into self-annihilation. Military coup after coup the continent (especially the sub-Saharan Africa) saw the Jackboot intervening to try to lord it over the civilians.

In Nigeria elder statesmen like the late Tafawa Balewa, Nnamdi Azikiwe and Obafemi Awolowo were shown the way out of power following the first strike by the Jackboot in 1966. The late Generals Aguiyi-Ironsi, Kaduna Nzeogwu, Murtala Mohammed, Sani Abacha and the living retired Generals like Muhammadu Buhari, Olusegun Obasanjo, Ibrahim Babangida and a host of others took turns to plunge Nigeria into chaos and anarchy. The late Mamman Vatsa and Gideon Okar tried to unseat the ‘evil genius’ but IBB out-manouvered them sending them to hell by firing squad!

In neighbouring French-speaking Benin Republic the late Gen. Mathieu Kerekou was in his best martial element. After losing a presidential election to Nicephore Soglo Kerekou bounced back to power as a civilian. In Togo the late Gen. Gnasingbe Eyadema had to kill Sylvanus Olympio for him to rule the tiny French-speaking country. Eyadema died in power but his son, Faure, is still in Lome as President since 2005.

In Ghana the late Flt. Lt. Jerry John Rawlings organized more than one coup d’etat against his military masters to dominate Ghanaian politics for decades as a military and civilian President. He decapitated the coup-plotting Generals in one fell swoop and repositioned Ghana for greatness. He was in prison (jailed for a botched coup) when the successful putsch was perpetrated by the military boys loyal to him.

In the former Zaire (now Democratic Republic of Congo) the late Mobutu Sese-Seko had to eliminate the first Prime Minister, Patrice Lumumba, aided and abetted by the neo-colonial imperialists, for him to rule with impunity. Mobutism remains a study in kleptocracy and political debauchery. In Uganda the late Idi Amin Dada brought odium to governance that a popular film was produced to relive the infamy in Kampala that passed as governance.

In Liberia the late Master-Sergent Samuel Kanyon Doe had to brutally execute the well-fed American slaves, William Tolbert and co, before ascending the presidency in Monrovia. But he himself died in worse circumstance, mutilated by rebels led by Prince Johnson. In Chad the late Hissein Habre almost killed every Chadian before he was toppled by the late Idris Deby Itno, himself killed gruesomely by rebels!

In Burkina Faso ex-President Blaise Compaore had to kill his revolutionary best friend and boss, Capt. Thomas Sankara, through a bloody coup d’etat before rising to the top. He ruled for decades and when his cup of intrigues got filled to the brim he was chased away from power by a mini-revolution. Right now he is living in exile in neighbouring Ivory Coast!

Back home in Nigeria following the pulsating protacted mortal battle against the ‘militricians’ post-June 12 (an epochal presidential poll won fairly by the late Bashorun Abiola) democracy was finally re-established in 1999. Since then it has been doom and gloom but we are better off as a democracy than under the strangulating strenght of the Jackboot.

From Obasanjo to the late Yar’Adua, from Goodluck Jonathan to the incumbent Buhari we are trudging on even in an atmosphere of despair, misery and bloodletting. Democracy dividends are trickling down especially in the states but at the centre ineptitude remains the order of the day. Buharism is synonymous with the era of the Jackboot.

In recent times a resurgence of coup plotting in West Africa has made global headlines. It first happened in Mali following the impopularity and corruption of the late President, Ibrahim B. Keita. The streets were up in arms as the deposed President, bereft of ideas, tried to contain the explosive situation. He failed and the boys in the barracks struck with professional precision.

Colonel Assimi Goita took charge of the country. Presently there is this battle of wits between the Transition President (who had perpetrated two successful putschs) and the Economic Community of West African States (ECOWAS) over the duration of the transition process. After spending close to two years on the saddle Col. Goita and his military boys, having tasted power, are proposing a transition that would last another five years! Balderdash!

ECOWAS leaders had, during a recent Summit in Accra, Ghana, imposed a rigorous all-encompassing econo-social sanctions on Mali. The sanctions included border closures, travel bans, freezing of state bank accounts in the community central bank and other vigorous measures.

Besides, the thorny issue of the arrival of the Russian mercenary group, Wagner, to the country has put France, the powerful colonial master, in a quandary. President Emmanuel Macron had threatened Col. Goita and his illegitimate government of dire consequences in the event of Wagner being deployed to the country. The French government had made it clear officially that it would be ‘incompatible’ to their military presence in Mali. But it is believed generally then that hundreds of the Wagner para-military forces are already on the ground, deployed!

The Goita ‘virus’ appears to have been contracted by khaki boys in Guinea and recently in Burkina Faso. When the deposed President Alpha Conde went for a third controversial term after the expiration of his second consecutive mandate scores of folks were killed on the streets of Conakry and elsewhere in the country.

It took the muscled intervention of the then Commander of the Special Forces, Col. Mamadi Doumbouya, to overthrow Conde. It was a salutary end to the imaginary presidency for life being surreptitiously planned and executed by the Octogenarian veteran opposition politician turned President. Conde fell propelling the country to a new dawn.

Unlike Mali and Burkina Faso where terrorists were wreaking havoc on both the military personnel and civilians, however, Guinea was not known to be a target of the Jihadists on the prowl across the Sahelian regions in West Africa. Sanctions were imposed on the new authorities in Conakry but the junta seems to be more comprehensible than their brothers-in-arms in Bamako.

Last Sunday rumours were agog online to the effect that an organized military mutiny was on course in the Sankara country. Twenty-four hours later the Burkinabe military announced on national television that President Roch Kabore had been kicked out of power and detained. Led by Col. Paul-Henri Sandaogo Damiba they formed a military council and ordered a curfew sealing the airspace and land borders until further notice.

The triumphant return of the Jackboot in West Africa is becoming a worrisome phenomenon. Nipping it in the bud must take many things into consideration. One, controlling the third term gambit being bandied about by old incumbent Presidents (like Alassane Ouattara of Cote d’Ivoire). Two, making security of lives and properties the primary purpose of governance. Three, delivering democracy dividends to the people who bear the brunt of massive corruption by the misruling elites. And finally, halting the terrorist attacks by satanic Islamic forces hell-bent on making Sharia prevail.

Otherwise, more presidential victims would follow those in Bamako, Conakry and now, Ouagadougou.

While we do not subscribe to coup-plotting as the best way to change a government sometimes circumstances could call for one making change inevitable. African leaders must be made to be more responsible and accountable serving the people that elect them instead of being served. That is not what leadership is all about!

Service to humanity is what leadership is all about.

OPINION: Oil is owned by Niger Delta, not Nigeria