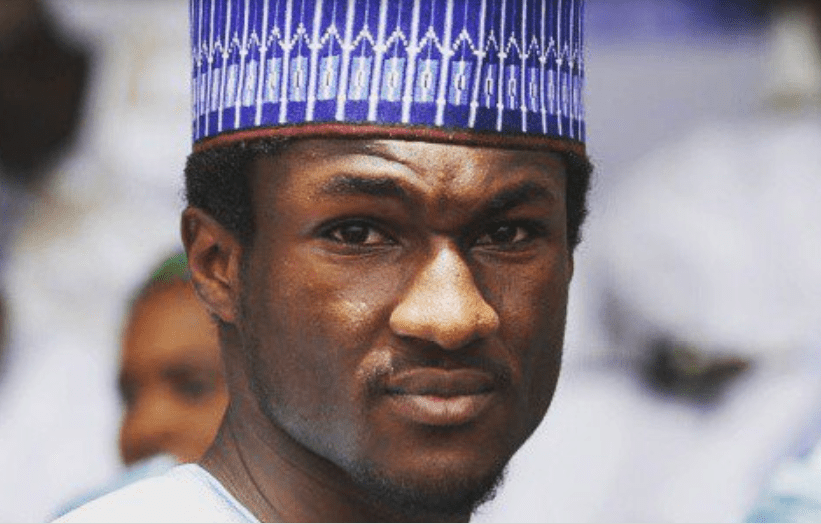 The newly turbaned Talban of Daura, Yusuf Buhari, bears striking resemblance to his father. President Muhammadu Buhari’s look-alike son had been in the news for few scandals. Compared to the sons of Generals Olusegun Obasanjo, Ibrahim Babangida and the late Sani Abacha Yusuf is world’s apart in terms of abuse of power, corruption or involvement in scandals that tend to damage the image of the presidential family. To the best of our knowledge Yusuf is not given to ostentatious lifestyle. As the only son of the retired General Yusuf Buhari knows that his comportment must match the Buhari persona.

Unlike the former President, Olusegun Obasanjo, whose sons and daughters (especially Gbenga and Iyabo) are often associated with fiscal or moral scandals (some shamefully bordering on sex) or Ibrahim Babangida whose sons were once accused of playing god or abuse of privilege or the late Sani Abacha whose sons aided and abetted his murderous dictatorship, nay kleptocracy, President Buhari inculcated the spirit of moderation in his children. Or so it seems.

Take the abominable allegation by Gbenga, Obasanjo‘s second son, that his father had sexual relations with his wife, Mojisola for example. Some years ago Gbenga and his estranged wife were locked in a divorce litigation at the Lagos High Court. Gbenga was, through his lawyers, praying the court to dissolve the seven-year-old marriage, doubting the paternity of the fruits of the wedlock! Due to the presidential favours (contracts) Mojisola received when Obasanjo was President Gbenga believed rightly or wrongly that the father must have had a carnal knowledge of his wife!

During Olusegun Obasanjo’s presidency Mohammed Abacha was arrested in 1999 and held for more than three years over charges of murder and financial crimes. During that period in time over 100 charges of money laundering and corruption were preferred against Abacha junior by the federal government in Abuja.

Then during ‘Babacracy’ the Nigerian government had reportedly said a deal had been reached with the Abacha family for their return of over US $1 billion in state funds in return for Mohammed Abacha’s freedom. But in the end they allegedly reneged on that soft-landing deal! The Malabu oil and gas scandal equally had Mohammed Abacha as one of those involved.

Gen. Abacha’s ‘eldest’ son, Ibrahim was said to be an illegitimate son raised by Abacha! Maryam was pregnant when Abacha took her away from her first husband, a man named Shehu Usman said to be close to the late Maj-Gen Shehu Musa Yar’adua’s father. Mrs Abacha was believed to have actually been betrothed to the man before Abacha came for her in Jackboot style.

In January 1996 Ibrahim was involved in a fatal plane crash that left no survivor! He was travelling in the Nigerian Air Force presidential Falcon jet in the company of 14 other friends from Lagos to Kano when just minutes to the landing at the Aminu Kano International Airport, the aircraft crashed and exploded mysteriously.

Among those roasted to death included Funmi, Ibrahim’s Yoruba girlfriend and a younger brother of Aliko Dangote named Bello. Being the first son of a man ranked by Transparency International as the 4th most corrupt leader in recent global history, Ibrahim also became spectacularly wealthy.

Unconfirmed reports had it then that the late goggled General arranged for the plane crash so as to end the odium that the paternity of (Ibrahim) had caused the dictator. Abacha was capable of committing such a heinous crime because he saw himself then as a god!

However, that does not mean that Yusuf has not been associated with scandals since his father took up residence in Aso Rock Villa. Recall some years ago when he was involved in a ghastly bike accident in Abuja? He was having fun and good time riding a power bike only for him to crash himself with the bike. He was temporaily treated in a hospital in the FCT and later flown to Germany for more expensive medical care.

Like father like son, you may conclude. Buhari the father has made travelling to London for medical tourism his hobby!

Again, Yusuf was involved in a gun-fight with a Private Secretary of the President, Sabiu ‘Tunde Idiagbon’ Yusuf. When the Coronavirus pandemic freshly hit the universe (with Nigeria not an exception) certain safety rules were set in motion to keep our people safe. ‘Idiagbon’ Yusuf had just returned from a trip to Lagos and all entreaties by the first family (with the First Lady, Aisha, leading the ‘war’) for him to isolate himself as the rules dictated proved abortive.

A gun battle ensued. The young Sabiu (who must thank Allah for using Buhari to achieve prosperity beyond his dreams) was shot at but the bullet missed him narrowly reportedly. He had to master the criminal art of fence-jumping to find himself in a safer place where Mamman Daura held his own residentially as the undisputed leader of the cabal.

Controversy had trailed the gun-fight inside the presidential palace. Hajia Aisha must have been reprimanded by her husband for acting alone without his consent. And to ‘punish’ her for her indiscretion her bodyguards and aides involved in the clash were summarily redeployed or dismissed outright.

The Emir of Daura, Katsina State, Alhaji Umar Farouk, had announced recently that Yusuf would be turbanned as the Talban Daura and District Head of Kwasarawa. He pointed out curiously that the decision to make the presidential son a member of the emirate was to “help prevent the new Talban from strolling around Abuja and Yola, his mother’s hometown when the president’s tenure was over.”

So as the Talban the strolling Yusuf would no longer be afforded the opportunity to ‘stroll’ around Abuja and Yola? Since when did visiting one’s mother’s homeland become a misdemeanour? Now, Yusuf has, by accepting the royal title, been restricted to Daura or Katsina town post-Buharism?

Besides, the respected royal father equally declared that “giving him this title is to reciprocate all the good things his father, President Muhammadu Buhari, has done to Daura….even if you don’t like Buhari, you know that Daura of today is different from what it was six years ago. So, to reciprocate this gesture, we gave him the title of Talban Daura, which he gave to his only son….From the University of Transport Technology to Federal Polytechnic, to good roads networks and many other development projects, Daura is today better than some states in the country, development-wise.”

Really? Daura is today better than some towns and villages in the country, development-wise? Well, the elder statesman and first-class traditional ruler of repute was right by saying that Buhari was busy developing his Daura hometown while underdeveloping others. The South-east cities and towns, for example, had witnessed underdevelopment, or better still, arrested development, since Buhari and Nnamdi Kanu started doing battle militarily over the Biafran nationhood.

Ex-Presidents Olusegun Obasanjo and Goodluck Jonathan stand accused even today of doing little or nothing while in power to empower their people or develop Otueke or Ota. But Buhari is quite different from them. He wisely saw the need to develop his towns and villages while empowering his Fulani people.

While Jonathan built many modern schools in the north to accommodate illiterate ‘almajiris’ being recruited into the Boko Haram terror organization Obasanjo built for himself a multi-billion Naira Presidential Library and Mansion in Abeokuta. Niger Delta region witnessed little or no development during the Jonathanian presidential years while the Yorubas still see Obasanjo as a northern lackey and hypocritical patriot.

As the President marked his 79th birthday while attending the Turkish/African summit in Istanbul we wish him many more years of ‘service’ to humanity. And we wish his son, Yusuf, successful tenure as the Talban of Daura!

All hail Yusuf Buhari, the ‘Taliban’ (sorry, Talban) of Daura! Long may he live and reign!

OPINION: Nigerians, when can we get it right?

OPINION: Buhari and the electoral law