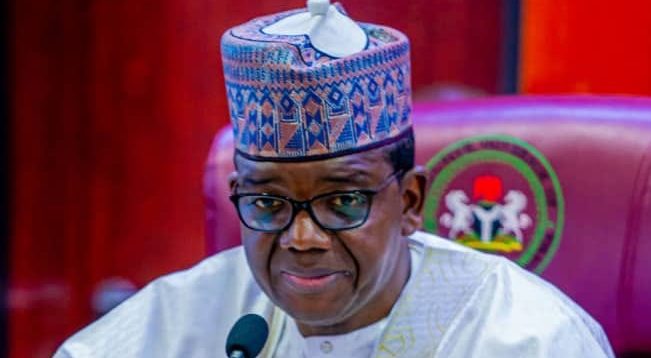 The phantasmagoric kerfuffle the good people of Zamfara state, Northwest Nigeria found themselves in the past few years is cavernously monstrous, with rise in out of school children and Himalayan poverty level. As a result, the economy of the state turned out to be something of a damp squib, and even more worrying is the level of insecurity the people are faced with. Armies of hexed evil force driven by avarice and seemingly unquenchable thirst for blood known as bandits have made Zamfara state consistently hemorrhaging for the past few years. Villages razed down of which some are almost terrae nulluis, women raped, men and children killed, houses and properties destroyed as they maul and clobber the people’s hearts with grief. Cacophonous excrebables that haven’t been used to describe these terrorist acts are in short supply. The major source of livelihood and driver of the state’s economy; farming was on the verge of being grounded. The government was overwhelmed and the people began losing hope in the administration. Hardly a day passes by without the horrible news of the barbarism of these armies of peripatetic evil.

Amidst the axils of uglies, Bello Matawalle became the man in the eye of the storm and was sworn in as the Executive Governor and Chief Security Officer of the state. He took over the responsibility of among other mammoth task, drubbing and bringing an end to banditry; retool an atavistically declining economy and ensuring lasting peace in the state. A job so mastodon at the time that at some point seems nearly insuperable that it makes one wonder if wishes were horses, he would have wished the menace would just go away overnight, but sadly they aren’t.

The odds of the menace in the state became even more perilously high when Gov. Matawalle assumed office with high profile abductions especially of school children which drew global hubbub and anathematizing condemnation. Albeit they were released, it threw the state into another snake pit; the probable rise in out of school children due to fear of abduction and the people fret the change of leadership in the state is a plus ca change. Hope was at its lowest ebb, killings, abduction and carnage became a paterfamilias in the state, there will be as one imagines, plenty of justified squall, criticisms and examens with calls from all quarters on the government at all levels to do more in order to bring an end to the quagmire.

The remarkably short-termists and fatalistic school of thought assumed the poignantly pervasive state of itinerantly peregrine insecurities permeating almost all the nooks and crannies of the state assumed the situation is a permanent one and the changeability of the state was almost impossible.

It is germanely apropos to brand in our minds that Gov. Matawalle did not ride on the messianic chariot to revise the malefactions, but took them head on. And like every human, he may have his shortcomings and took some wrong turns, but I must admit he is doing remarkably well at reviving the state thereby making it safe and secured.

Governor Bello Matawalle revamped his security strategy using both kinetic and non-kinetic approach. He liaised with the Federal Government and took the war to the bandit’s enclaves thereby significantly degrading them. He also donated more than two hundred Hilux vehicles to security operatives in the state to make the strategy operational. Similarly, in his relentless effort to alleviate the suffering of the Internally Displaced Persons and general disaster management related to overwhelming effects of climate change in the state, Governor Bello Matawalle established the Directorate of Humanitarian and Disaster Management and later elevated to Ministry.

READ ALSO: OPINION :Will Buhari pick another Buhari as successor?

He made initiation of people oriented programmes the crux of the present administration in order to resuscitate Zamfara from deliberately induced coma thereby ameliorating the economic challenges the people are faced with, inter alia establishment of Zamfara Directorate of Accelerated Cotton Development (ZAMDACOD) which is charged with the responsibility of reviving the past glory with which Zamfara was known as cynosure of cotton production. In its bid to realize this goal, the Zamfara state government earmarked 130,000 hectares for cotton production under the CBN and state government intervention agreement which saw the enrolment of 60,000 cotton farmers for the programme. The Directorate is currently working on workable modalities to revive ginneries in the state.

Also other directorates like that of strategy and development and open government partnership (OGP) which are multilateral initiatives aimed at securing concrete commitments from National and Sub National governments to promote transparency, empowerment, fight corruption and harness new technologies to strengthen governance.

In the area of healthcare delivery, he established Zamfara Contributory Healthcare Management Agency (ZAMCHEMA), which is a replica of National Health Insurance Scheme, its miniature at the state level established under the Zamfara State Healthcare Management Law Number 4 of 2019 with the aim of regulating health insurance in Zamfara. Part of its mandate is to ensure healthcare coverage from private and public sectors. It is in compliance to the requirements for the establishment of this agency, that the state government has constructed 147 dispensaries in every ward in the state. There is also healthcare intervention under the Basic Healthcare Provision Fund for which Governors Bello Matawalle facilitated with huge sums as counterpart funding.

Today, we might not say we are there with insecurity in the state; we might as well still be a long way from the Zamfara of old; the El Dorado, where you travel to the hospitable villages of the state making adventurous stops and relishing their locally prepared Fura da Nono.

Since the start of his dispensation, the perceptions of defeating the insecurities in the state have rapidly shifted; there is parturition of hope and it is safe to say that he is weathering the storm, as there are more smoke screens than the actual smoke. Gov. Matawalle may not be the conquistador just yet or deserve all the superlatives. But just like we threw barrage of criticisms at the peak of the mayhem, he now deserves our commendation and support. Although a lot need to be done especially in the areas of education and job creation, Zamfara is far from being there yet, but in Gov. Bello Matawalle, they have a man heading in the right direction and leading Zamfara state to a new dawn.