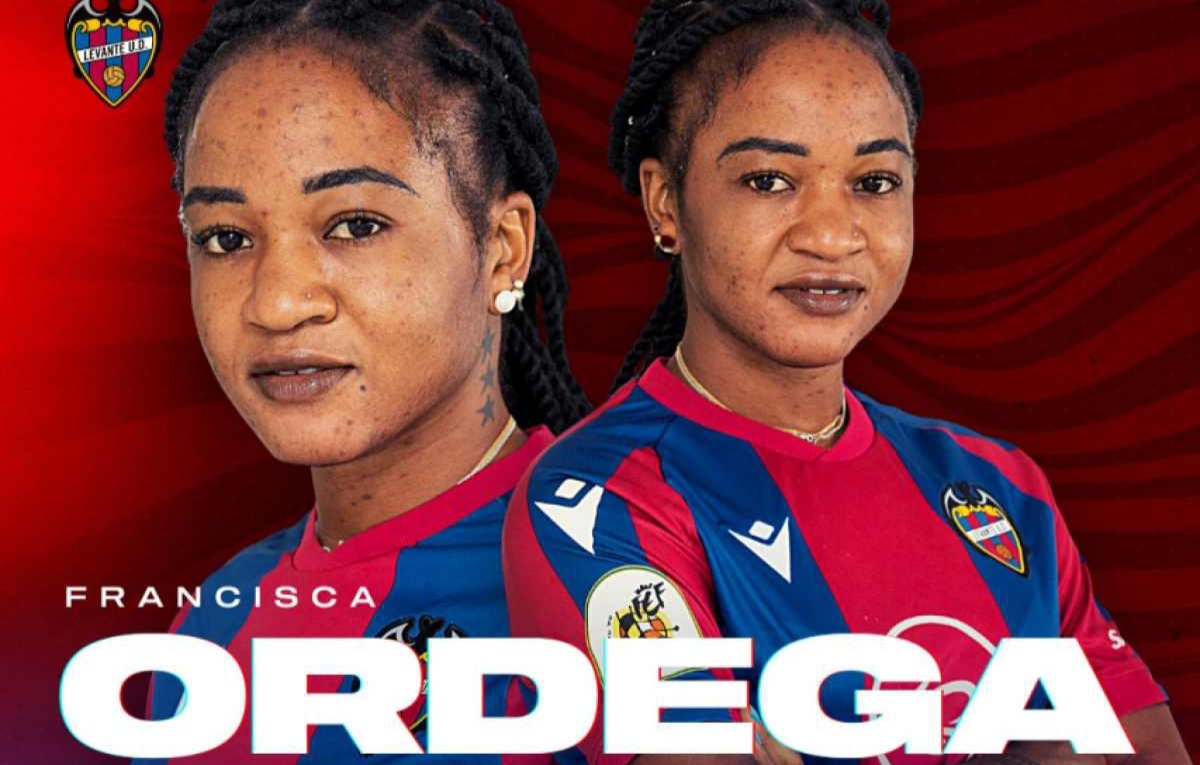 The club announced on Wednesday that the Nigeria international will be with them till end of the season and has also signed a two-year deal to stay until 2023.

Ordega, who is a Gboko-born and giving her best at 27, joins compatriot Andrea Okene at the club.

“Levante UD Femenino has acquired the services of forward Francisca Ordega for the remainder of the season plus two more, that is, she signs until 2023,”reads a statement on the club website.

“The international attacker with Nigeria has extensive experience in European football and, specifically, played for Atlético de Madrid during part of the 2017-18 financial year, playing a total of eight games in the Primera Iberdrola.

“In addition, she has played for clubs such as Bayelsa Queens and River Angels and, outside his country, in Russian Rossinyaka, Swedish Pitea, Washington Spirit, Sydney FC and Shanghai Shenhua.

“Regarding her appearances with the Nigerian national team, ‘Franny’ is one of the most established footballer in the Super Falcons.

“Her record also reflects, among others, a first Iberdrola title and a runner-up in the US championship.

“On a personal note, she has been twice elected MVP of the African Soccer Championship and was nominated for Best African Soccer Player in 2014 and 2018.” the club added.