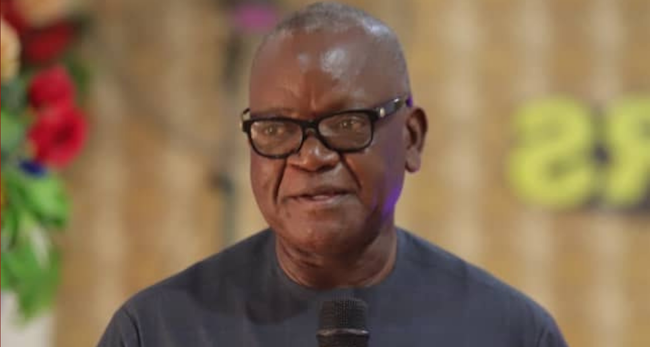 The Benue State Governor, Samuel Ortom, on Friday described as spurious a claim on the harassment of the Peoples Democratic Party (PDP) presidential candidate, Atiku Abubakar’s supporters in the state.

A former chairman of Ushongo local government area of the state, Joseph Asawa, had during the inauguration of the Benue North-West Senatorial campaign rally in Gboko earlier this week accused Ortom of molesting supporters of the former Vice President.

However in a statement issued by his media aide, Nathaniel Ikyur,the governor slammed Asawa for raising a false allegation against him.

The statement read: “Asawa is a beneficiary of the governor’s peaceful disposition as he had at different times intervened between the former Ushongo council chairman and either his legislative council members or other stakeholders when his tenure lasted.

READ ALSO: Oshiomhole accuses Atiku of being a ‘betrayer unfit to rule Nigeria’

“This is false, misleading, and a calculated attempt by the former council chairman to use the name of the governor and win cheap sympathy from the Atiku Abubakar camp.

“The governor is a stickler for the rule of law. He has never used thugs either during elections or at any other time and so does not patronise them, contrary to the claims by the former council chairman.

“It is a fact that Governor Ortom facilitated the nomination and subsequent election of Hon Asawa as the Executive Chairman of Ushongo Local Government in 2020. He will, therefore, won’t go back to destroy what he helped build.

“From the outbursts of Hon Asawa, it is obvious that he wants to take advantage of the call for fairness and equity by the G-5 Governors, which Governor Ortom is a member to be recognised by the camp of the presidential candidate of our party.”