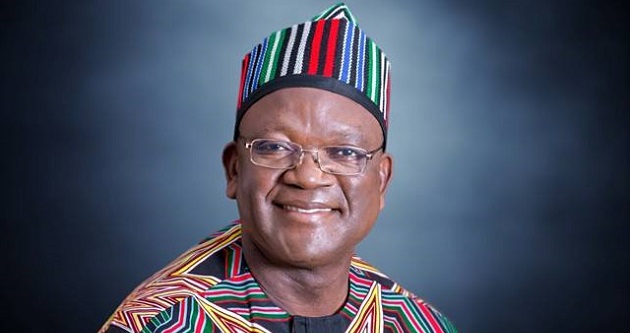 To combat the growing insecurity in Benue State, Governor Samuel Ortom, on Monday, hinted on plans by the state government to set up it’s own security outfit in the mould of Amotekun in the Southwest.

The governor, who disclosed this in an interview with newsmen in Makurdi, noted that the security challenges in the state ranged from internal crisis, mostly associated with land disputes and herdsmen invasion, which he described as external challenge.

According to him, there was a need for the state to provide a security outfit that will compliment the conventional security agencies in the state.

“This is a very difficult time for us. It is a trying time for the entire people of Benue State. We are faced with the challenge of inter-communal clashes all over the place because the rainy season is gradually setting in and preparation for the farming season has started. So, it is quite disheartening because the entire state is challenged by these constant disagreements over land and that is what we are witnessing at the moment.

“And then, the external aggression coming from the armed herdsmen has not stopped. They have adopted guerrilla warfare tactics. They come without cattle, kill, burn down houses and withdraw.

“After that, they move to the next village to do the same thing. This has continued but we have discussed with our security personnel and we are moving and closing in on them.

Ortom, who claimed that there is tension in the state, however said the state government is not sleeping, declaring that the state shall overcome by the grace of God.

Continuing, the governor added: “So the security situation in the state will require more personnel and equipment to be deployed and more funding. As I talk to you now, they cannot be everywhere and that is why I talked about being overstretched and being inadequate to take care of the magnitude of the problems that we have.

‘So, I think every other region is planning their security outfit. We are also going to meet very soon at our own regional level. But I can assure you that there will be a need for Benue State too to provide a security outfit that will compliment what the conventional security personnel are doing.

“As Benue State governor, I think there is a need to have something in place that will collaborate and complement what the current security personnel are doing because they are grossly inadequate.

“How can an entire local government area like Guma have less than 50 policemen? Even other LGAs in the state have less that number. So this is the challenge.”