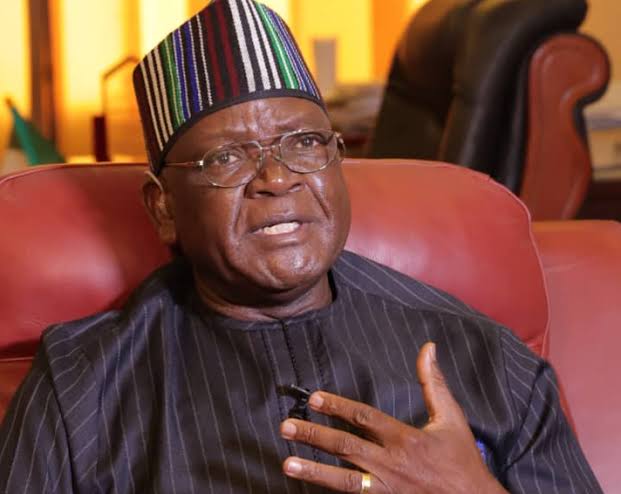 Benue State Governor, Samuel Ortom, may have broken ranks from the camp of his Rivers State counterpart, Nyesom Wike, with a statement credited to him saying he is not in support of the clamour for the removal of the embattled National Chairman of the Peoples Democratic Party (PDP), Iyorchia Ayu.

In the statement issued on Tuesday by his Chief Press Secretary, Nathaniel Ikyur, Ortom said insinuations that he is actively in support of the removal of Ayu who incidentally is his kinsman whom he helped to get into office, were false.

The Governor was reacting to allegations by a group in the state, the Jemgbagh Development Association, that he was involved in the moves to remove the PDP National Chairman, a fellow Benue man.

In a surprising turn around, Ortom said he has absolute confidence in Ayu’s ability to lead the party to victory in next year’s general election, which is a sharp contrast to the position of his close allies in the Wike camp.

Read also:Injustice meted to Wike must be addressed —Gov Ortom

Part of the statement made available to Ripples Nigeria stated that “the governor could not turn around to work against Ayu to be removed from office.”

“Governor Ortom has continued to vouch for the integrity and capacity of Dr Iyorchia Ayu to lead and rebuild the PDP to victory and rescue Nigeria from the misrule of the APC maladministration. That is why Ayu was returned unopposed by the northern caucus of the party and got elected as the national chairman of the PDP at the party’s convention.

“Where was Jemgbagh Development Association, when Governor Ortom galvanised support from across the leaders of the party to make Dr. Ayu PDP’s National Chairman? What was their contribution to that project that they now want to use clannish stance to blackmail the governor?”

Describing the allegations as mischievous, Ikyur said “allegations by an amorphous, little known group parading itself as Jemgbagh Development Association, Abuja chapter, that the Benue governor has a hand in Ayu’s current travails”, is mischief.