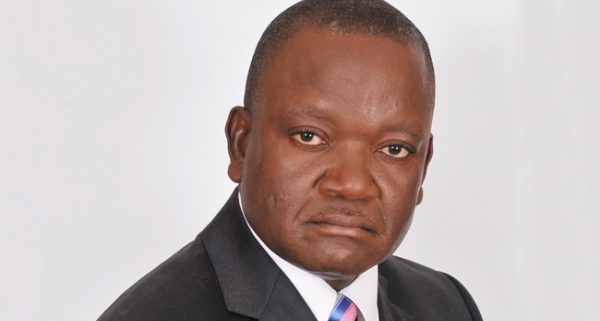 Governor of Benue State, Samuel Ortom, on Wednesday, was in a closed door meeting with members of the joint Senate committee on Police and National Security. The closed door meeting lasted for over two hours after which Ortom refrained from speaking to the press.

Ortom who arrived at he new wing of the Senate building at about 2pm, left at about 4pm. He came in company of some state officials.

Journalists who waited for over two hours to interview the governor, expressed disappointment. Some senators who were also approached, declined any comments.

The joint committee is investigating the massacre of over 70 people in Benue State by suspected Fulani herdsmen.

Chairman of the committee, Senator Abu Ibrahim, had last week, submitted an interim report. It was rejected by the Senate on he grounds that it was incomplete.

The Senate, had while rejecting the report, said he committee erred by not getting across to all parties involved, specifically the governor of Benue State, who is the centre of the investigation.

Speaking before the closed door meeting, the committee chairman dispelled claims that he was biased in the handling of the investigation.

He maintained that such claims were unfounded. He vowed that justice will be served to all parties involved in the ongoing investigation.

He said: “This meeting is conveyed following the mandate received from the Senate to get the perspective of the Executive Governor of Benue State in respect of the submission of the Inspector-General of Police consequent Senate resolution giving Inspector-General of Police an ultimatum of fourteen days to arrest and commence the prosecution of the perpetrators of unrest in Benue State.

“After receiving the testimony of Inspector-General of Police. it became clear to the committee that it is imperative to meet with the Governor. but the committee would have been acting outside its terms of reference.

“This explanation is necessitated by some insinuations in some quarters bordering on the committee having a bias for or against certain people. There is no reason for this at all as the committee as mandated by the Senate is only concerned with finding a lasting solution to the lingering clashes and lost of lives. This committee is committed to justice, fair play and maintaining the rules of law.”