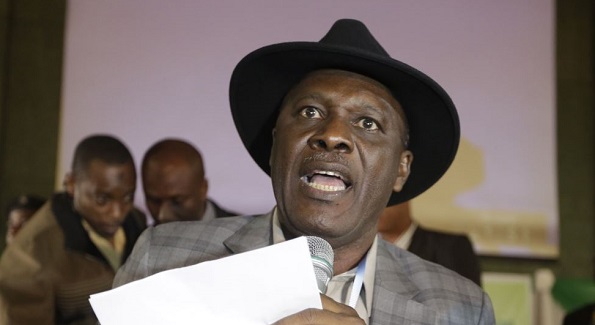 The ex-minister dumped the Peoples Democratic Party (PDP) on June 20.

He joined the APC more than seven years after he tried to stop President Muhammadu Buhari’s march to victory in the country’s presidential election.

Orubebe caused a stir during the announcements of the results of the 2015 presidential election at the International Conference Centre in Abuja.

The ex-minister stood up from his seat at the collation centre, marched to the podium, seized the microphone and sat on the floor in protest against results being announced to the surprise of the watching world including the bewildered former Chairman of the Independent National Electoral Commission (INEC), Prof. Attahiru Jega.

The APC Chairman in the the Burutu local government area of Delta State, Moni Seikemienghan Moni, who welcomed Orubebe to the party on Friday, described the ex-minister as a big addition to the party.

In his remark, Orubebe said he was in the APC to deliver victory to the party in the 2023 elections.

He declared that resources to prosecute the elections would be provided to the party leaders and members in the state, particularly in Burutu LGA.