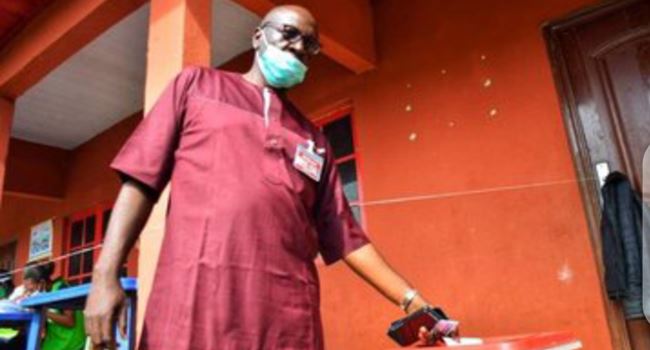 The governorship candidate of the All Progressives Congress (APC), Osagie Ize-Iyamu has cast his vote.

Ize-Iyamu voted at exactly 9:25am in his polling unit in Edo South senatorial district.

Speaking to newsmen after casting his vote the APC candidate expressed confidence at winning the election.

He also said that he was pleased with the conduct of the exercise so far.

He said that if the atmosphere in his polling unit was replicated in all the other polling units in the state the election would be free and fair.

He added that he would be relocating to Benin in order to be able to monitor the election in the APC situation room.