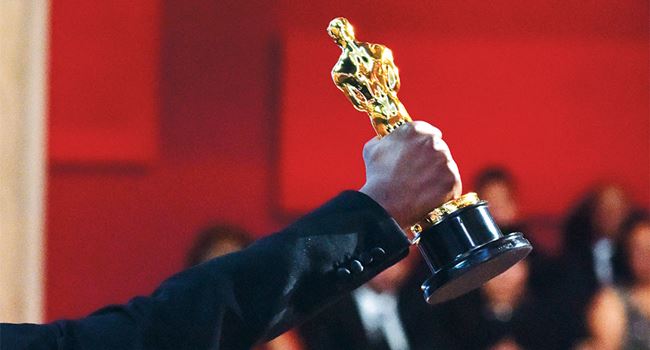 Welsh actor, Anthony Hopkins clinched the Best Actor honor at Sunday’s Academy Awards for his starring role in The Father.

Presenter Joaquin Phoneix, who won the category last year for his performance in Joker, accepted the award on an absent Hopkins’ behalf.

Anthony Hopkins won his first at the 64th Academy Awards, earning the Best Actor award for his iconic performance as an expert psychiatrist and cannibalistic serial killer Dr. Hannibal Lecter in the 1992 psychological thriller The Silence of the Lambs.

The annual movie award ceremony was broadcast from two locations in Los Angeles: The Dolby Theatre and Union Station.

There was no anchor to officiate the event; making it the third consecutive year that Oscars will be without an anchor, following Kevin Hart’s homophobic comments a couple of years ago.

David Fincher’s Netflix film Mank led the nominations with 10 in total, while The Father, Judas And The Black Messiah, Minari, Nomadland, South Of Metal, and The Trial Of The Chicago 7 all followed with six nods apiece.

The big winner on the night was Nomadland, which won three prizes in Best Picture, Best Director, and Best Actress for Frances McDormand.

Six films managed two awards, with The Father, Mank, Sound of Metal, Soul, Judas and the Black Messiah all managing a pair of prizes.

Frances McDormand won her third best actress Oscar for her role in “Nomadland” and Anthony Hopkins notched his second-best actor win for “The Father.”

Actress in a Leading Role

Actor in a Leading Role

Actress in a Supporting Role

Actor in a Supporting Role

Lecturer, wife, kids perish in road accident on their way to bury grandfather