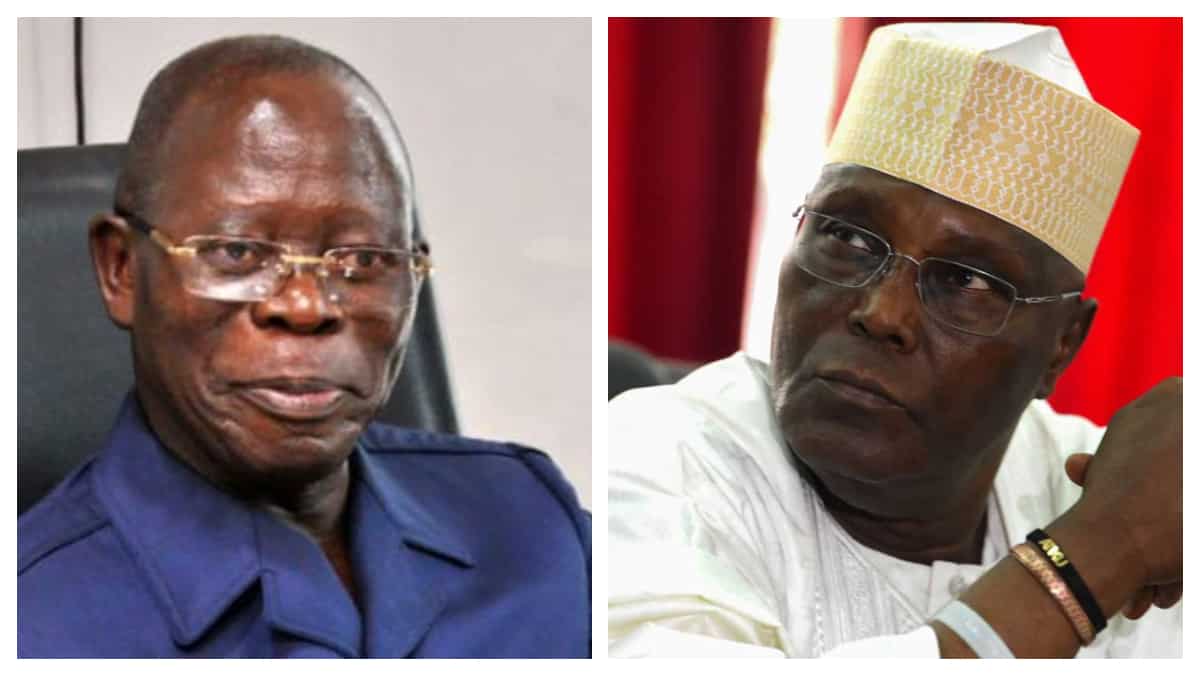 Adams Oshiomhole, a former national chairman of the All Progressives Congress (APC) has alleged that Atiku Abubakar, the candidate for the Peoples Democratic Party (PDP) is the “weakest” of all the front-runners thus far and a “serial betrayer.”

Oshiomhole claimed that Atiku, along with Tinubu and Peter Obi of the Labour Party, is the “weakest link currently among the three top candidates.”

Since 1999, Atiku has shifted from the PDP to the Action Congress of Nigeria (ACN), then back to the PDP, the APC, and ultimately the PDP again, according to the former governor of Edo State, who claimed that Atiku lacks character and consistency.

“For Atiku, if he is not the candidate, he takes a flight to Dubai. But you are talking of someone who upon leaving office, supported his wife rather than himself, talk of selfless service and gender equality.

“It speaks to character. When you have sense of belief, you cannot be jumping from one party to the other every other election,” he said.

Atiku‘s goal, according to the former governor, was only for himself, not for Nigeria.

He added that the 76-year-old lawmaker from Adamawa cannot be trusted, a sentiment mirrored by the G5 or the Integrity Group, a group of disgruntled PDP governors.

“PDP governors said we can’t trust him, every agreement we made with him, he broke it; he is a serial betrayer of agreements,” he added.

2023: PDP charges Nigerians to vote out APC at Ondo rally