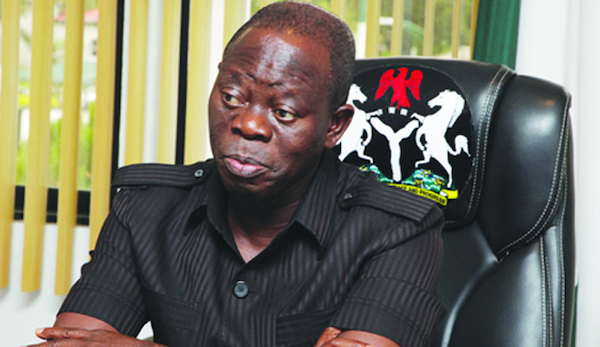 The former national Chairman of the All Progressive Congress (APC), Comrade Adams Oshiomhole, has detailed reasons for the insecurity in the Northern region of the country.

Oshiomhole made this assertion on Friday, during a speech delivered at the 2nd Nigeria Labour Congress (NLC), National Peace and Security summit in Abuja.

According to the former labour leader, the mass retrenchment of over 29,000 workers by the Kaduna State government led by Governor Nasir el-Rufai in the last two years have played a major role in contributing to the current insecurity experienced in the region.

He said that there is a nexus between throwing workers out of their jobs and the resultant increase in unemployment and rising wave of insecurity.

“The present high state of insecurity in Kaduna State has a lot to do with the penchant of the state government for throwing workers out of jobs. As we speak, from 2016 to date, over 29,000 workers have been thrown out of their jobs in Kaduna state.

“Also tuition fees in Kaduna State have been increased by 100 percent. What this means is that many children of the poor workers will not be able to attend good schools while the children of the rich are sent to study outside the country.

“The implication is that these children who dropped out of school will now be used by bad elements to perpetrate insecurity in the country.

“We call on the governor of Kaduna State to rescind the decision urgently,” Oshiomhole said.

Speaking further, he said that the peace summit is to interrogate the issues causing insecurity and find a lasting solution that can take the country out of the woods of insecurity sooner or later.

BLACKMAIL? APC threatens to report Mbaka to Pope over calls for Buhari to resign or be impeached