OSHIOMHOLE: NLC could have saved Abiola if... 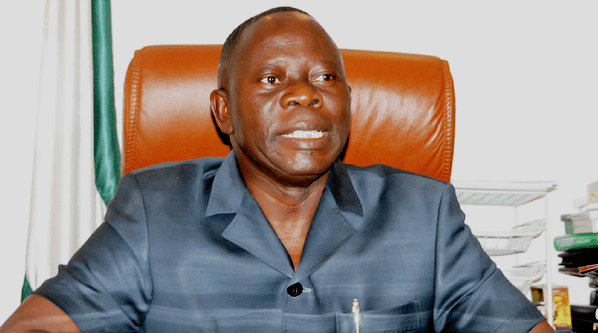 A former governor of Edo State, Adams Oshiomhole, has claimed that the late MKO Abiola rejected a move by the leadership of the Nigeria Labour Congress (NLC) to free him from detention.

The former governor and erstwhile President of NLC, who is currently gunning for the chairmanship position of the ruling All Progressives Congress (APC), stated this in a statement he made available to newsmen.

According to him, “When Abiola was in prison, we made several efforts to see him but the military were blocking it. But finally one day, we went there and (a former NLC President), Paschal (Bafyau) who led us to him, said, ‘sir, we want you to accept the bail with all the conditions attached to it.

“We told him that these guys are ready to keep him in prison for a long time and ensure that he will not be able to come out alive.

“The late head of State, (Sani) Abacha has asked Abiola to go and make a national broadcast withdraw his earlier statement of pronouncing himself president. But Abiola said, ‘I will remain here in prison; I will not do their bidding.

“Abacha eventually died and Abiola also died. Today, Abiola’s children can go anywhere and say I am Abiola and they will be respected,” Oshiomhole said.

The former governor also recounted an event when Bafyau led labour leaders, went with a young activist he simply identified as Muhammed, to visit Abiola.

READ ALSO: June 12: Abiola can’t blame anyone, his blind ambition stopped him from being president— Agbakoba

According him, Bafyau had after the meeting introduced then young Muhammed to Abiola as a Nigerian who wished to further his studies in the United Kingdom.

He said Abiola on hearing that exclaimed, ‘Waoh!’ and then asked Paschal who was Muhammed sponsor, to which Paschal replied him that “we were still looking for resources to help him”.

He added, “In fact, Abiola just wrote a note and told Muhammed that when he gets to London he should call somebody and collect 10, 000 pounds from him. Abiola made that young guy, an instant millionaire.”