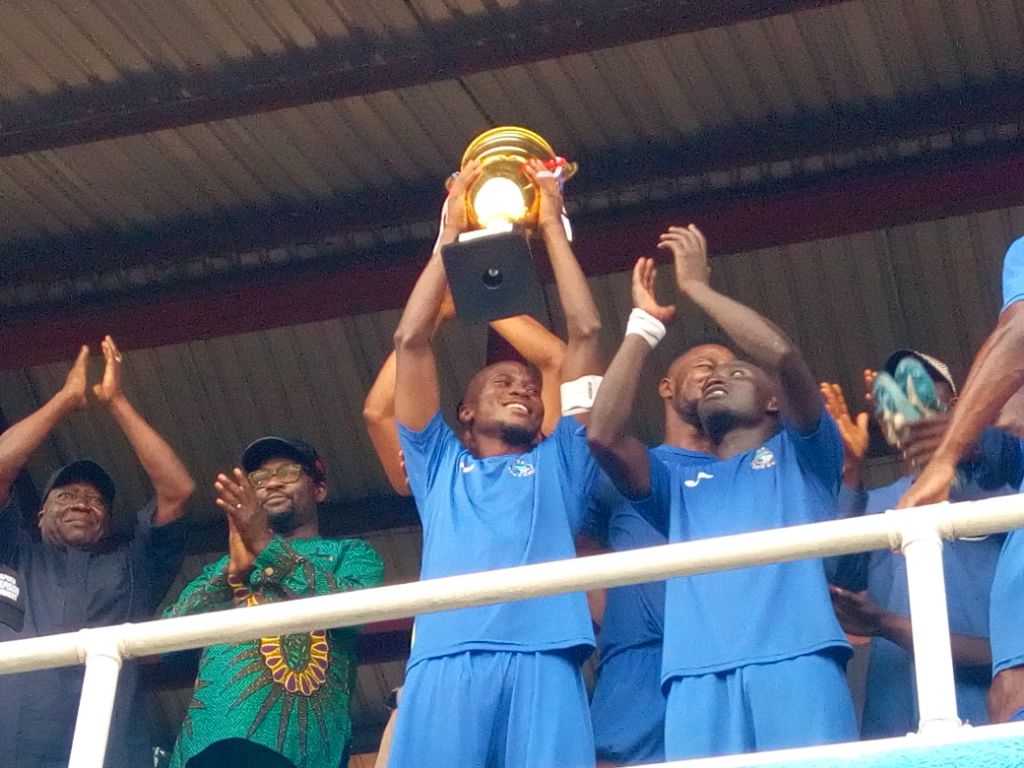 Coach of Enyimba international of Aba, Fatai Osho says he is confident that his players can go all out against Burkina Faso’s Rahimo FC in the CAF Champions League.

The Peoples Elephant have been drawn against the Burkinabe league side in the first preliminary round of the continental competition.

Osho, who recently joined Enyimba as manager, led the team to victory at the maiden Governor Okezie Ikpeazu Preseason Tournament after they beat Abia Warriors in Saturday’s final.

It was captain Austin Oladapo whose well-taken penalty separated the two rivals as Enyimba emerged champions of the week-long ‘Abia Festival of Football’.

“It’s a good one for us. Going to Burkina Faso against Rahimo, a feat like this will always inspire the players,” Osho was quoted by Complete Sports.

Osho added: “We believe that even if we get a bigger opposition, we can do it. Beating big teams like Plateau United and Abia Warriors, look at the calibre of their coaches and you want to give it to the players, they did a very good job.”

The first-legs of the first preliminary rounds, according to CAF, is billed to hold between 27th to 29th November 2020.

The reverse fixtures will hold between 4th to 6th December 2020.

Rahimo FC will welcome Enyimba in the first-leg while the People’s Elephants will host the Burkinabes in the reverse fixture.

‘Be watchful of APC antics ahead of 2023,’ PDP cautions Nigerians