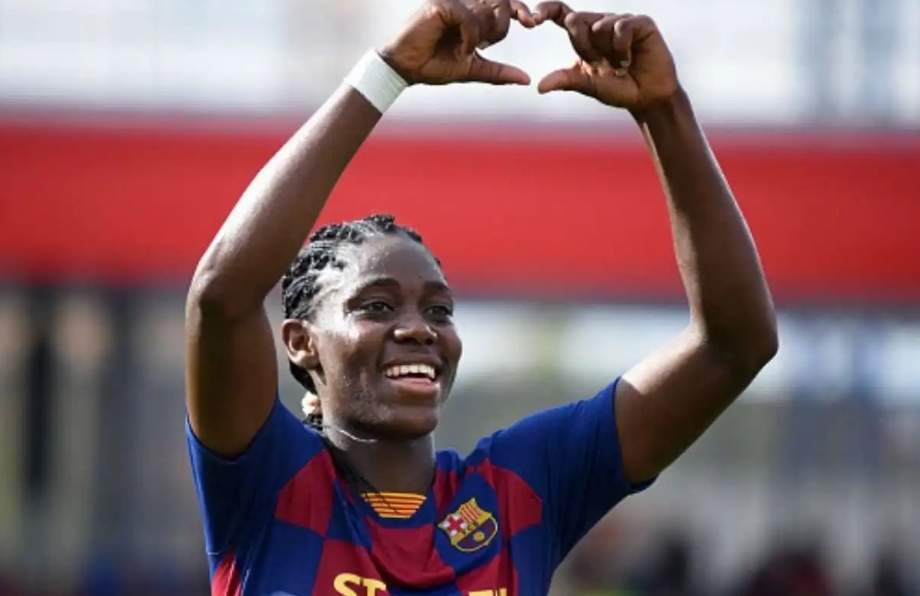 Oshoala, who is the reigning African Player of the Year, won the Primera Iberdrola title in style as she scored 20 goals in 13 starts for her team.

The women’s league in Spain ended prematurely because to the coronavirus pandemic as it was impossible to play out the last eight sets of fixtures due to the lack of safety guarantees for all parties involved.

Barcelona who topped the table of the top division before the COVID-19 interruption, were declared winners and will be joined by second-placed Atlético Madrid in the 2020/21 Champions League.

Having played 21 games, Barcelona were runaway leaders with 19 wins, two draws and no defeats.

Reacting to the news, Oshoala wrote on Twitter how she believes her team are the best team in the league, and congratulated her teammates, managers and the fans.

“I’m just gonna say we have the best team @FCBfemeni , congratulations my queens , ever working technical crew , fans all around the world. WE MADE IT ! CHAMPIONS 19/20,” she tweeted.

21 games played, 19 won, 2 draws , 0 defeat , 86 goals for ,6 goals against. Top of the league since game day 3.I’m just gonna say we have the best team @FCBfemeni , congratulations my queens , ever working technical crew , fans all around the world. WE MADE IT ! CHAMPIONS 19/20 pic.twitter.com/eSf5YZKTek

Meanwhile, the top division will have 18 teams in the 2020-21 season as the RFEF decided there will be no relegation from the top, while Santa Teresa and Eibar will be promoted from the second division.

NDDC will not be distracted by Senate corruption probe —Akpabio