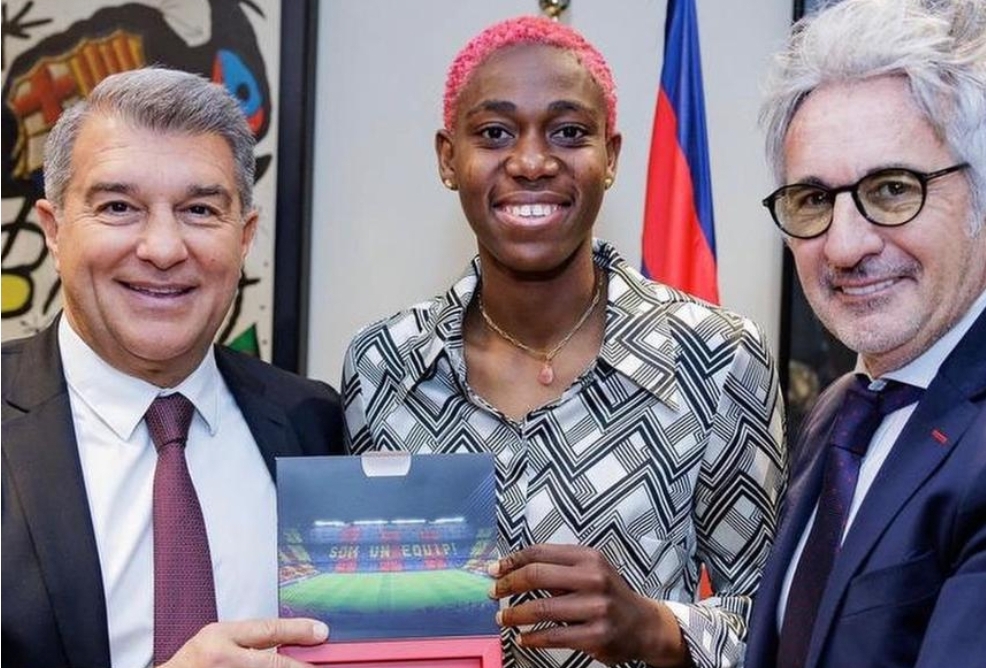 Super Falcons captain Asisat Oshoala has signed a new two-year contract with Barcelona Ladies, with her previous contract due to expire this summer.

The 27-year-old, who joined the European champions in January 2019, has scored 80 goals in 101 appearances for the club, sitting on the sixth spot in highest goalscorer chart of the club.

Oshoala is currently the top scorer in the Primera Iberdrola, with 19 goals in 16 games this season.

“Asisat Oshoala renewed her contract with FC Barcelona until June 30, 2024. The striker, who ended her association with the Club at the end of the season, has sealed her continuity for two more years alongside president Joan Laporta and manager Xavier Puig, in the Camp Nou presidential office,” reads a statement on the club’s website.

Speaking after signing the new deal, Oshoala has expressed her happiness and tagged her club as the best in the world.

“I am just happy to be in the best team in the world. Not just because of their football, because you look outside the pitch and because of how they treat footballers to keep improving,” she stated.

“I am a striker and I want to keep scoring more goals. I love it. The goal is to keep growing and to be happy.”

Oshoala is currently nursing an injury and has missed out from several Super Falcons outings lately.