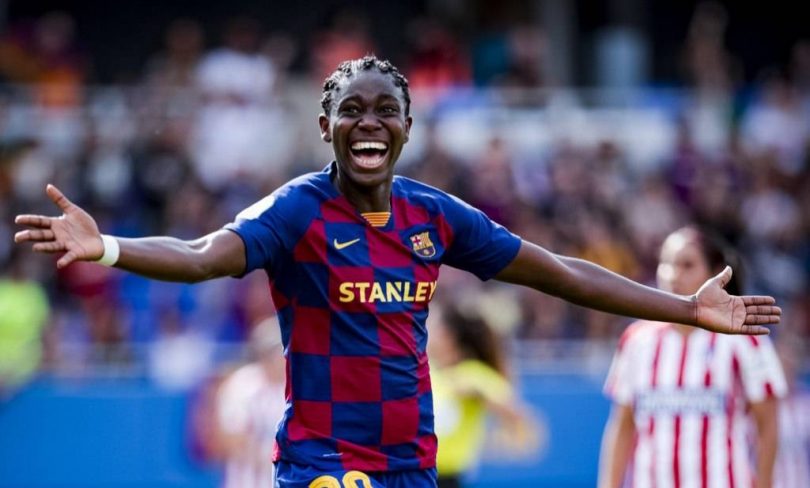 Super Falcons forward Asisat Oshoala put up an impressive performance for Barcelona Ladies in their Liga Iberdrola fixture on Saturday.

Oshoala netted a brace in the 6-1 thrashing of Atletico Madrid, ending a four-match goal drought in the Spanish women’s league.

With three goals already scored including an own goal, 24-year-old Oshoala added the fourth for the home side at the stroke of half-time.

The visitors had opened the scoring in the 8th minute before Barca began their rain of goals.

Oshoala grabbed her second goal of the game, two minutes into the second half to put Barca five goals against Atletico’s one, before another own goal late on wrapped up the game 6-1.

Oshoala did not play the entire match as she wwas replaced by Claudia Pina 17 minutes from time.

Atletico ended the game with 10 women.

With the victory, Barcelona returned to the top of the log with seven points from three games.

They host Juventus in the Champions League Round of 32 reserve fixture on Wednesday.